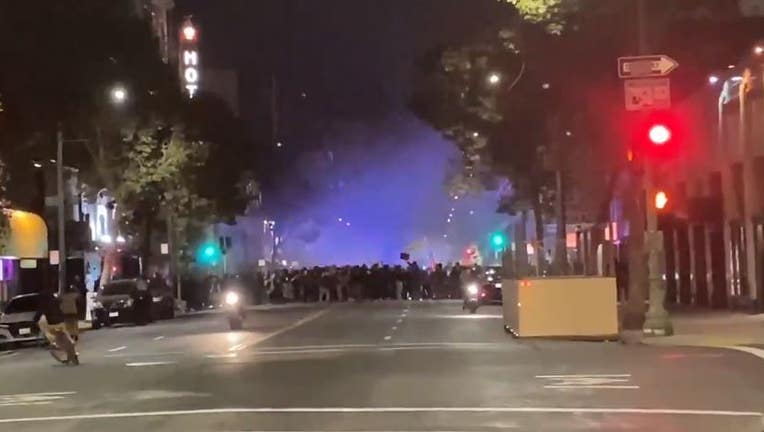 By 10:30 p.m., there were multiple arrests made for assaults on officers. Police did not specify how many.

Police said a group was "immediately violent" and threw bottles and cans at officers. They also said people were turning over orange barricades and placing them in front of officers. OPD shared video on social media of overturned barricades and objects being thrown at the 1500 block of Harrison.

Police said they deployed "minimal smoke" on the group.  A recent court order ruled OPD cannot use tear gas in crowd control situations unless it is reasonably necessary or to prevent imminent destruction or to save lives.

There were no reports of damage to businesses, police said. KTVU has reached out to police for clarification on their use of "smoke," but did not immediately hear back.

Oakland police say 250 marched through downtown streets Friday night in solidarity for the cause of justice for Breonna Taylor. Police said a group threw bottles and cans at them and that they used "minimal smoke" against the crowd. No businesses were damaged.

Earlier in the evening, the large group had gathered at the Lake
Merritt amphitheater, then began marching along 14th Street toward City Hall and Frank Ogawa Plaza. 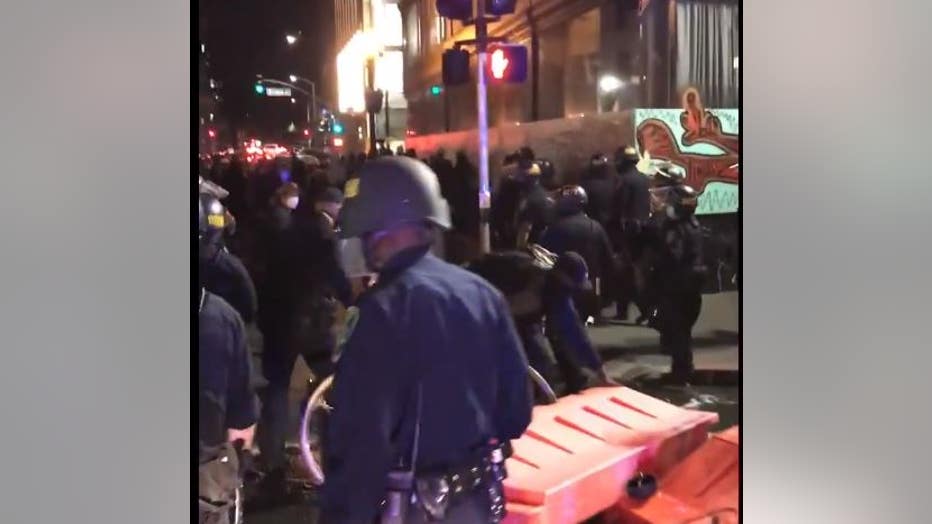 A police spokesperson advised motorists to avoid driving through
downtown.

BART said its 12th Street Station was closed due to civil unrest.