On this week of "The Masked Singer," the Baby made a shocking reveal and showed you can certainly "Git-r-done" with the right fake accent and ambiguous clues to throw the judges off your trail.

NEW YORK - The Baby, who was eliminated on Wednesday night’s episode of "The Masked Singer," was revealed as none other than Larry the Cable Guy — and Nick Cannon got to talk with the legendary comedian about his experience.

On Nick Cannon’s new daytime talk show, Thursday, Larry opened up about his time in the baby suit and his attempt to disguise his voice. 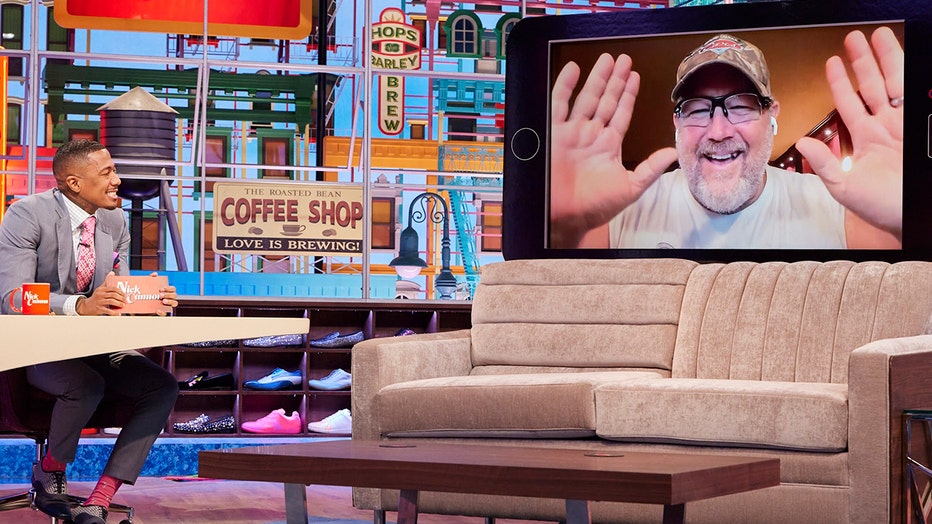 "It was a lot of fun because people usually know my voice from the tow truck in Cars," he said of his time on the FOX show. "I was trying to think about what can I do. I’ve worked with Jenny. Jenny was in my movie and so I’m thinking I gotta do something that’s going to fool them. I figured, I’ll talk in a British accent and I’ll talk like a baby and I think that’s what really fooled everybody."

He even had to refrain himself from saying his signature catchphrase: "Git-r-done."

"Let’s face facts, they were stunned that I was that awesome at singing songs," Larry said in an exit interview with FOX. "Who am I kidding? That’s why I fooled them, because I’m freaking awesome!"

While the Baby was sent home and sent back to his crib, during his time on the show, he belted out some major notes during his performances, including "The Flintstones" theme song.

"It is a fun show," he said. "I’ve never done anything like this before. I’ve never sang in front of anybody before. I mean, I can tell jokes in front of 8,000 people, no sweat, but I can’t karaoke in front of five."

Watch all-new episodes of "The Masked Singer" on FOX Wednesdays from 8-9 p.m. ET/PT.

This station is owned by the FOX Corporation. Austin Williams contributed to this story.