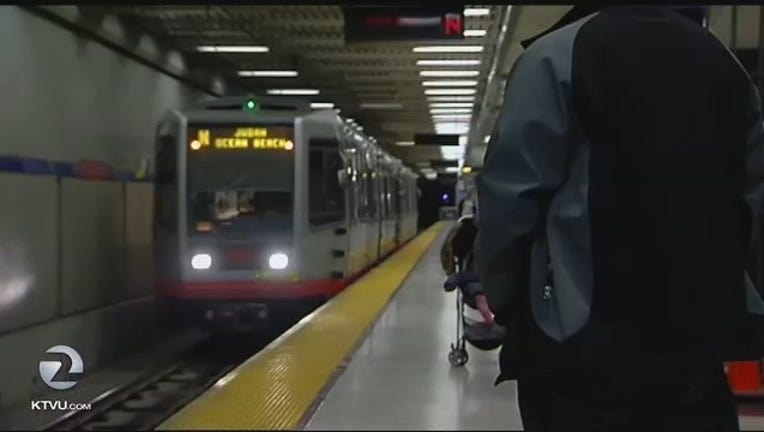 SAN FRANCISCO (KTVU & BCN) - Downtown subway service on all light-rail lines will shut down early every night from Friday July 31 until January 2016 to allow for upgrades to radio and emergency communications systems, according to the San Francisco Municipal Transportation Agency.

Subway service will shut down nightly from 10 p.m. until the start of service in the morning between Embarcadero and St. Francis Circle for the K/T, L and M lines, between Church and Duboce and the Caltrain Depot for the N Line and between Mission Rock and Embarcadero for the T Line.

Service at some stations could end as early as 9:30 p.m. to make sure the tunnel is clear by 10 p.m., Muni officials said.

Light-rail trains will continue to operate at stops outside the affected area, but passengers traveling within the affected areas will need to transfer to bus shuttles. Shuttles will operate approximately every eight minutes from 9:30 p.m. until the end of service each night.

The shutdown will allow Muni to replace 90 old emergency telephones in the subway tunnel with 181 new ones using a more dependable system, and upgrade the analog radio system to digital.

The new radio system will expand the number of communication channels from 11 to 26 and expand the audio and visual "next stop" announcements provided in the subway and on light-rail vehicles. In addition, it will provide better data and reporting for performance analysis and incident management, according to Muni.

Shuttles will stop at F-line streetcar stops on Market Street next to subway stations, and will be marked with signs, officials said.

The T-Third Street line will switch back at Embarcadero Station except between Aug. 17-24 and Aug. 31- Sept. 10, when it will end at Folsom Street.

Following the completion of the radio and emergency phone upgrades, Muni plans to start work on a track replacement and upgrade project in the Twin Peaks tunnel between Castro and West Portal stations. Service changes related to that project will be announced closer to the start of construction, Muni spokesman Paul Rose said Tuesday.

For more information on the Muni Subway System upgrades and service changes, go to https://www.sfmta.com/projects-planning/projects/muni-subway-system-upgrades.