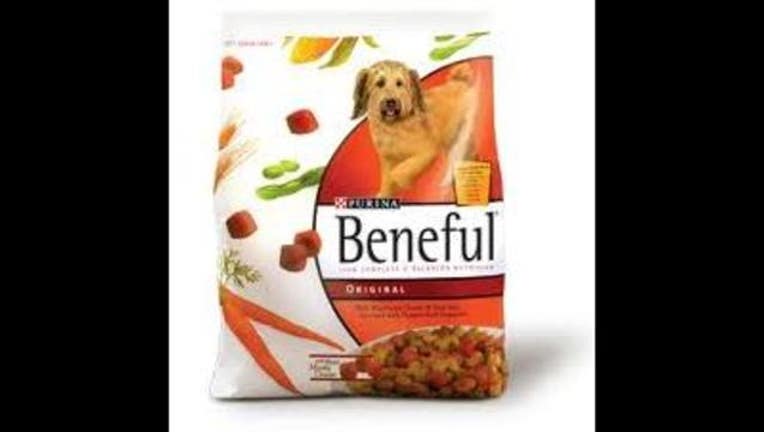 SAN FRANCISCO (AP) – A dog owner has filed a lawsuit against a pet food company alleging that thousands of dogs have been sickened or died from eating a brand of the company's dry dog food.

Lucido claims he fed his three dogs Beneful "kibble" style dog food, and within a short period of time, two were sick and one was dead.

The suit alleges the food contains an animal toxin used in automobile antifreeze and a group of toxins produced by fungus that occurs in grains.

In the suit, Lucido alleges that in the past four years, there have been more than 3,000 complaints online about dogs becoming ill or dying after eating Beneful, having shown "consistent symptoms," including stomach and related internal bleeding, liver malfunction or failure, vomiting, diarrhea, dehydration, weight loss, seizures and kidney failure.

Purina issued a statement saying "there are no quality issues with Beneful," and dog owners could continue feeding it to their dogs without any concern.

"Like other pet foods, Beneful is occasionally the subject of social media-driven misinformation," the company said in its statement. "On-line postings often contain false, unsupported and misleading allegations that cause undue concern and confusion for our Beneful customers."

The Food and Drug Administration has not issued any warnings about Beneful "kibble" style dog food. In a statement, the FDA said it does not comment on pending litigation.

Jennifer Dooren, a spokeswoman, declined to comment on whether the FDA was investigating Beneful "kibble" style dog food.

The suit asks the court to expand the case to include other dog owners whose dogs were sickened or died. It asks for unspecified damages and restitution, although it says the claims exceed $5 million.

In recent years, Beneful has faced two lawsuits that were dismissed by the courts, according to Purina's statement.

However, in a lawsuit settled in May, Purina and Waggin' Train LLC agreed to create a $6.5 million fund to compensate pet owners who claimed their pets were sickened after eating China-made jerky treats.

At the time, Food and Drug Administration officials said the pet treats were linked to more than 1,000 deaths in dogs and more than 4,800 complaints of animal illness. Three humans were sickened after eating the treats.