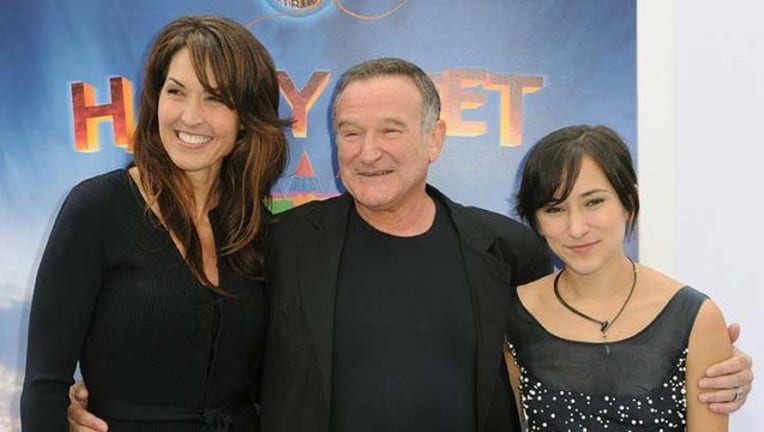 SAN FRANCISCO (AP) — Robin Williams' wife and children have resolved differences over how to split up thousands of the late actor's personal items, but they remain at odds over some clothing and money to maintain one of his homes, attorneys said at a court hearing Monday.

Meredith Bushnell, an attorney for Williams' children from previous marriages — Zachary, Zelda and Cody — said about 300 personal items are in dispute after the two sides met with a mediator at a judge's suggestion.

Williams' wife, Susan Williams, would like to keep items such as her husband's slippers, T-shirts and some boxer shorts, her attorney, James Wagstaffe, said after the hearing.

San Francisco Superior Court Judge Andrew Cheng gave the two sides until the end of July to resolve the differences but said he was encouraged by the progress they had made.

The sides also need to resolve the value of a reserve fund to allow Susan Williams to maintain the San Francisco Bay Area home that the actor left to her, Wagstaffe said. The couple shared the home where the actor hanged himself in August, and he left instructions that she receive enough money to keep it up through her lifetime.

A second appraisal on the property in Tiburon is expected to be completed soon.

Robin Williams left most of his estate to his three children, including the proceeds from the sale of a Napa County home and property.

In papers filed in December, Susan Williams said the contents of the Tiburon home should be excluded from the items the actor left his children.

Williams' children countered that Susan Williams was "adding insult to a terrible injury" by trying to change the trust agreement and rob them of items that their father clearly intended them to have.

They said the belongings include clothing, watches, photos taken prior to his marriage to Susan Williams, and entertainment awards.

He characterized what Susan Williams was seeking as a "small bucket of water from a lake," saying Robin Williams had left his three children and a former wife over $100 million.