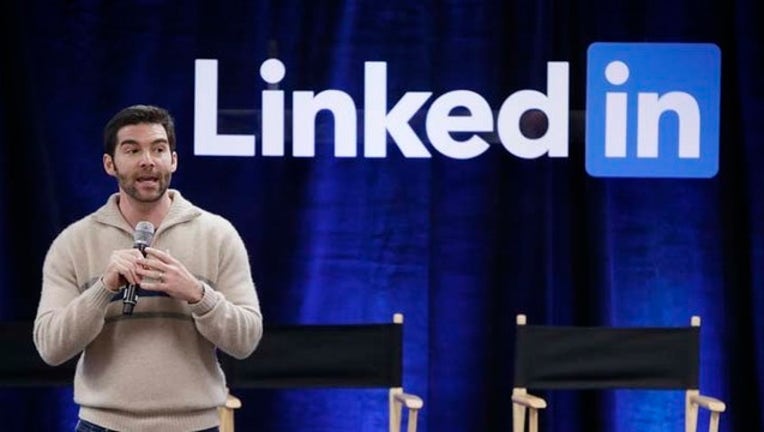 Shares of LinkedIn Corp. plunged 21 percent in after-hours trading Thursday after the professional networking service gave a disappointing outlook for the second quarter, weighed in large part by its pending purchase of online learning company Lynda.com.

Twitter, meanwhile, has lost 23 percent of its value this week through Thursday. The messaging service on Tuesday reported revenue and offered an outlook that fell short of Wall Street's expectation. On top of that, investors were rattled when Twitter's earnings report came out inadvertently nearly an hour ahead of schedule.

The sharp declines came amid a particularly bad stretch for the tech-heavy Nasdaq, which was down some 3 percent this week, on pace for its worst week this year. Tech darling Apple seems to be the biggest culprit for the drop. Its shares fell 2.7 percent on Thursday and are down nearly 4 percent for the week.

Not even Facebook seems immune to the sell-off, even with last week's solid earnings report behind it. Its shares are down 3.4 percent for the week, although they are up about 1 percent for the year.

The double-digit stock declines at Twitter and LinkedIn show that investors have little patience for weakness in highly valued social media stocks. Twitter attributed its revenue shortfall to weaker-than-expected contributions from some of its newer advertising products. The shortfall came at a time investors were looking for stronger advertising growth to make up for less-than-stellar user numbers. Without either, investor confidence was shaken.

LinkedIn, whose high-flying stock has been battered for far less than Thursday's weak outlook, gave investors a rare negative surprise. It said its weak view resulted from changes in currency exchange rates, costs of its pending acquisition of Lynda.com and other items. The $1.5 billion deal announced earlier this month is the largest in LinkedIn's history.

He also said there's often a sharp market reaction to LinkedIn's earnings, with the stock moving at least 6 percent after results came out in the past eight quarters and 10 percent or more in half of them.

On Thursday, however, the reaction was far more extreme, The company's stock tumbled $52.83 to $199.30 in extended trading. The stock had closed down 2 percent in the regular trading session before the earnings report.