Little Caesars fired two Ohio employees after a couple discovered the pepperonis on their order had been arranged to form a swastika.

A group of Little Caesars employees in Ohio have been fired after an offensive anti-Semitic image was allegedly discovered on a Hot N’ Ready pizza that a customer purchased.

Once he got home, he told the outlet his wife Misty Laska opened the box and made the shocking discovery – the pizza had a swastika symbol created out of pepperoni.

Misty asked Jason if they made the pizza for him, since Hot N’ Ready pizzas – the chain’s signature offering – are pies available for customers to pick up without ordering. They come in cheese and pepperoni varieties.

“I was like they didn’t cut our pizza, but then I stepped back for a second and I saw the symbol. And I looked at him and I was like ‘Hold on, did you have to order fresh pizza or something?'” Misty Laska said to WJW.

The pair immediately contacted the restaurant, which had reportedly closed moments earlier. The owner of the local chain location called the Laskas on Sunday and confirmed to the couple that the employees had been fired. It was not clear how many employees were involved in the incident.

The owner went on to allegedly state the employees had attempted to somehow explain the situation by claiming “it was supposed to be an internal joke the [the employees] were playing on each other and the other employee.” According to the owner, the pizza was “never intended to go out.” 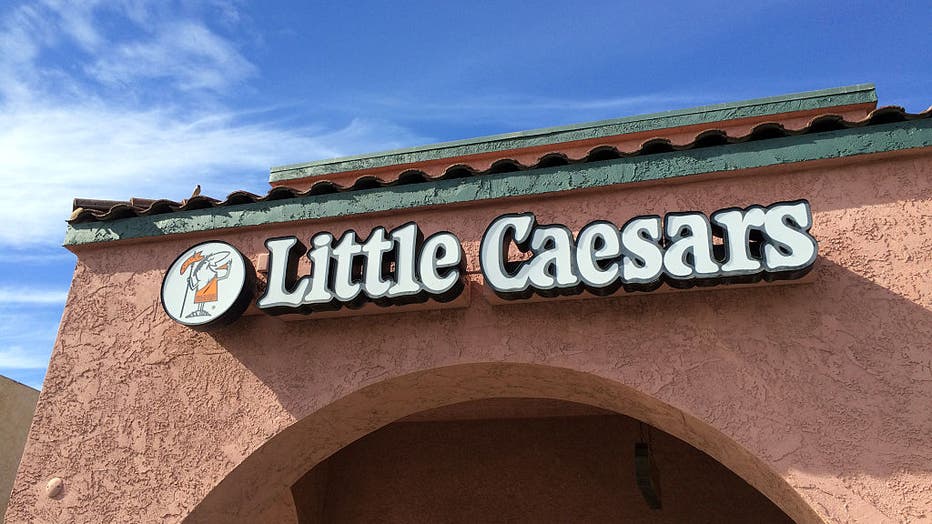 The Laskas have vowed to never return to the chain after the incident.

“We are the type of people that support the diversity in our country, we embrace and love it. We just want to see this hate stop,” Misty said to WJW.

In a statement to Fox News, Little Caesars said that the brand does not tolerate “racism and discrimination.”

“We have zero tolerance for racism and discrimination in any form, and these franchise store employees were immediately terminated. We’re deeply disappointed that this happened, as this conduct is completely against our values. We have also reached out to the customer to discuss this personally with him.”