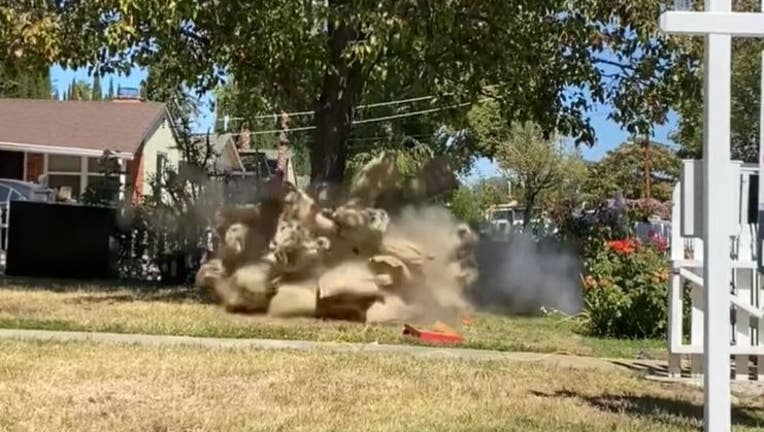 Campbell police shared a video of the detonation of a live grenade found at a residence.

CAMPBELL, Calif. - A live grenade that was found at home in Campbell on Thursday afternoon has been safely detonated, police said.

A bomb squad unit from the Santa Clara County Sheriff's Office detonated the explosive around 3:37 p.m.

The Campbell Police Department, the agency that launched the initial investigation, said on Twitter, "We’re grateful for their swift response to this incident & for helping keep our Campbell community safe."

Campbell police officers were called to a resident's home on Fewtrell Drive after the grenade was found.

Authorities have not yet said how the grenade ended up at the home.