As the Black Lives Matter movement, and calls to defund the police gain mainstream attention, KTVU turns to Bay Area folks who have spent their lives fighting for these issues--in theater and art, through organizing, music or politics. We spoke with them to learn how their work, including as members of the civil rights movement, Anti-Apartheid Movement or the Black Panther Party, informs the current sociopolitical moment.

Riley lived through the civil rights movement in North Carolina, where he organized lunch counter sit-ins and worked on campaigns to desegregate public spaces. He said that the current Black Lives Matter movement’s wide reach, and national reimagining of the status quo, feels familiar.

“We've gone through many periods in the movement, and I see this movement right now lifting up some of the ideals that led to this upsurge in this late 50s and 60s and the civil rights movement,” Riley said.

“I think about the role of the relationship of people of color---black people in particular--to the country,” Riley said. “And it got attention to the world and helped to elevate our consciousness in this country, in many ways. So some progress was made. I think this current movement is something like that. It's creating a different imagining.”

When Riley grew up in North Carolina, he went to segregated schools, and observed his father who raised tobacco and worked in construction, organizing as part of a trade union. He said that these experiences informed his desire to become an activist, and also his view of the relative nature of all social and political movements.

“Black workers even in the labor movement were put at the bottom of the list,” he said.

After working in the civil rights movement, he understood that his work would not end there. He continued to become an anti-war and anti-apartheid activist, and supported South African refugees in the Bay Area.

Riley currently works as an Oakland attorney who represents protesters, and also in criminal justice. He recently filed a lawsuit against the city of Oakland for the police department’s response to recent demonstrations, and their use of force policies. Although he knows he has plenty of wisdom to lend, he said that he also trusts young people right now to reconceive the systems in place, and to intrepidly demand better.

“Older folks generally tend to say, ‘We have been dealing with this for a long time. And this is how we think we are to approach it.’ And people say, ‘It's not working, you haven't worked it out. Don't just limit us to your ideas.’”

Riley said that this unwillingness to preemptively accept limitations for a social movement reminds him of his attitude during the civil rights movement: “We were not willing to be limited to what people thought could be done. Both in terms of discussions and in terms of actual action. And that’s what’s happening now.” 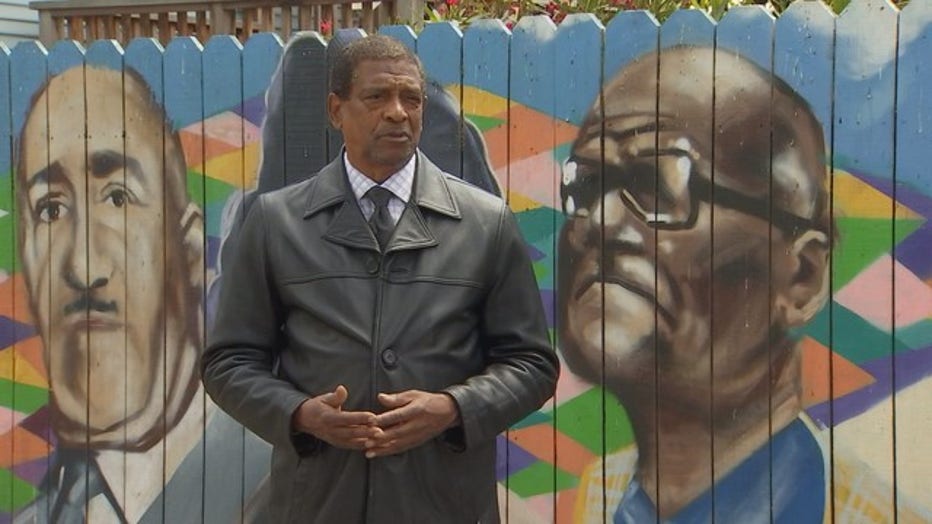 Saturu, who lives in Oakland, was a member of the Black Panther Party for 14 years of its 16 year existence. He said that he’s been hearing from a lot of young people lately; they want to learn from his experience in the Party, and a young man who called him from Georgia even wanted to start his own chapter there.

The Party, which was headquartered in Oakland and rooted in revolutionary socialist politics, served to observe the Oakland Police Department’s treatment of citizens, and oppose police brutality. The Party founded the Oakland Community School and many social programs. The robust “Free Breakfast for Children” program to address food insecurity was recognized as both a challenge to the USDA’s school food programs at the time, then later as a foundational model for its future breakfast program.

He said that the people reaching out to him want to learn about how to organize and structure a movement, as well as what the Party’s social programs looked like.

“We know that the fact of creating something out of nothing when we did it, there was no blueprint,” Saturu said. “We created the blueprint for modern social service programs. Some of them have been destroyed. But for the most part, we set the mold.”

Saturu said that he thinks that many people are coming aboard the Black Lives Matter movement during coronavirus because as more people lose their jobs and suffer, they now understand, on some level, what it’s like to be disenfranchised.

Besides social programs, the Party also had a four-man funk band called the Lumpen, of which Saturu was a member. He said that he and his fellow Party members knew that not everyone would be interested in reading the newspaper they made, or be able to attend a speech. But they might care for the beat and the funk of a catchy tune. 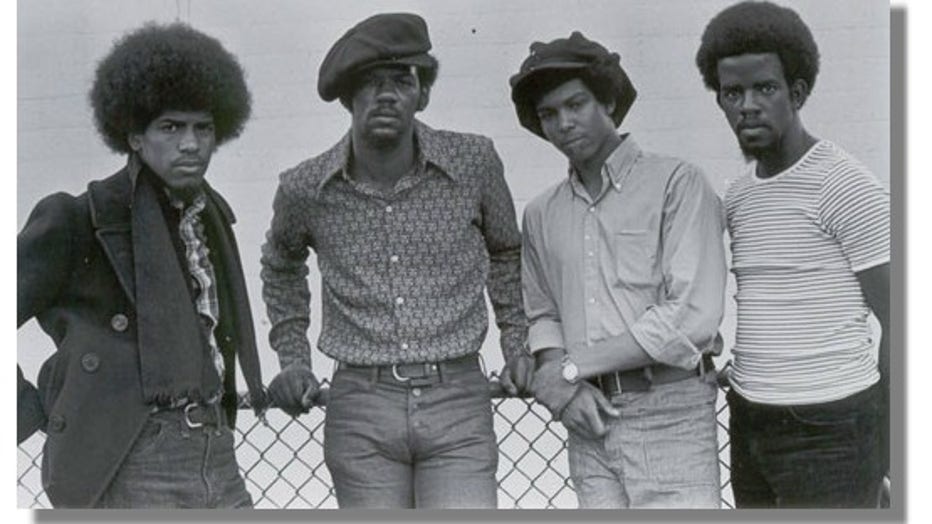 The four members of the Lumpen. Photo courtesy of itsabouttimebpp.com.

“The message in the music was one of: think, learn, listen, take action,” he said.

He said that music was an accessible way for the band to disseminate hopeful, and often, radical ideas. He also said that the band was successful in celebrating black pride, and galvanizing people who might not otherwise care, about social justice.

“It was a way of getting the message out to millions,” he said. “Who would talk to the beat. And, then they hear the lyrics, like man, this is where it's at, is changing. It was about changing the way that individuals think.” 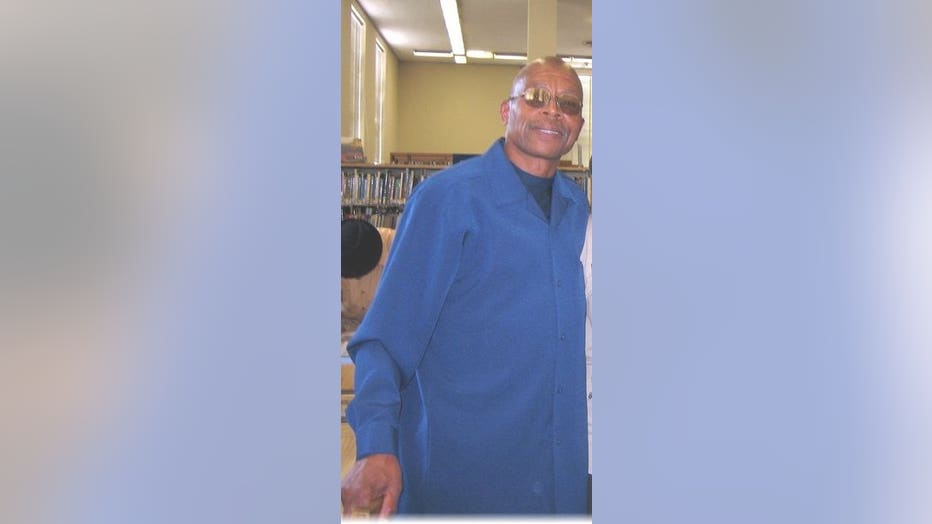 McCutchen said that the current moment in time has laid bare some of the gruesome realities of racism and economic despair that have been hiding in plain sight. He said he thinks the Party’s original Ten-Point Program, which served as their party platform, remains relevant and urgent.

Some points of the platform include, “We want an immediate end to police brutality and murder of Black people,” and “We want education for our people that exposes the true nature of this decadent American society. We want education that teaches us our true history and our role in the present day society.”

As a member of the Black Organizing Project, he is busy passing along the momentum of his experience as an activist since the 1960s. He said that he has been busy leading virtual conferences. His work has never really been as a protestor, and he remarked that the Party “was not a protest-based organization anyway.”

“Most of it had to do with the values of human rights, human lives,” McCutchen said of the values of the Black Panther Party. “Here in the United States, it applies to the efforts to protect and enhance the civil rights of not only black people, but also all poor and oppressed people.”

McCutchen said he believes technology has helped people quickly, and deeply, understand contemporary social and cultural conditions. He believes that this gives young people a leg up in terms of organizing.

“What we were not able to finish, this generation is able to continue at a different level,” he said. 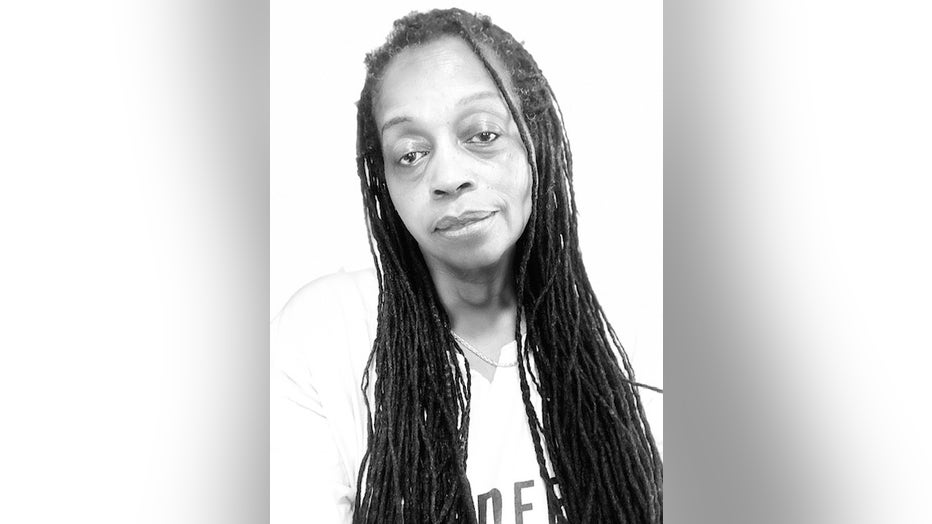 As a longtime Oakland resident, Nzinga said she has seen the city taken over by developers, and people priced out of their homes. She said she believes that gentrification, and the prohibitive cost of living in Oakland, isn’t the backdrop to the current political unrest--it is a large contributing factor to it.

“The people who are on the street out here in West Oakland used to be in the houses,” she said.

And it’s impossible for her to not be upset. So she turns to making art, and holding community events. Nzinga is currently working on the 2020 BAMD Arts and Culture Festival, which is upcoming in August, and will take place online.

“The intention of the entire event as we are in this moment, is to give a context for this conversation that's been going on: suggest possible action for people that lasts beyond this expression of angst that we have in the street right now,” she said.

“For me, making art is never about entertainment,” Nzinga said. “If it's good art...of course, it will entertain you. Because the first premise in having a serious conversation with anyone is getting their attention.”

She said she aims to start conversations, to educate and to help people remember where they’re coming from, including the greater historical and emotional context of contemporary social conditions.

“When they have declared a certain geographical area as the Black Arts Movement district, it occurred to me that that actually gave us a battlefield to coalesce on,” she said.

In the formation of the BAMBD, CDC (Black Arts Movement Business District Community Development Corporation), she said the group focuses on five pillars: housing, commerce, arts and culture, access to vital human services, and the proliferation of intellectual data. She said that she wants to provide a space through art and community events for people to grapple with how historical violence against black people impacts both the country and smaller, local communities.

“My work is to leverage this moment,” she said. “To prevent that curtain from being pulled back. To engage people in thinking.” 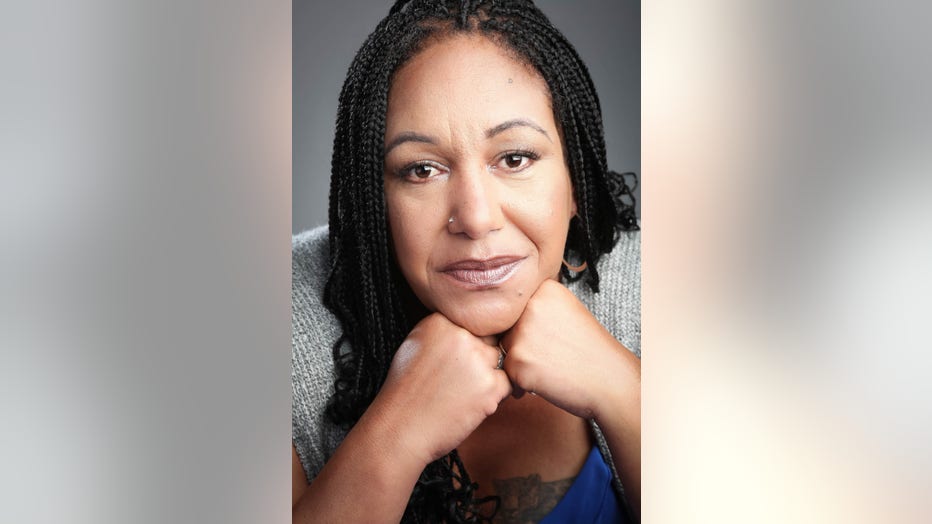 Brooks, who has been an organizer for her adult life, is a longtime advocate of defunding the Oakland Police Department and investing in social and community programs. After the murder of Oscar Grant by a BART police officer in 2009, Brooks said that she shifted her attention from issues of housing, education and prison to “one hundred percent around police violence.”

“APTP (Anti-Police Terror Project) you could say was born out of the Oscar Grant movement,” she said.

The APTP is a Black-led, multiracial coalition that aims to eradicate police terror in communities of color by documenting police abuse, supporting families who have survived police abuse, and connecting people to legal and community resources. The coalition has recently organized demonstrations in Oakland, including a protest opposing the former curfew and a car caravan, where thousands of people in their cars showed support.

She said that some of these demands recall the Black Panther Party, and that she believes Oakland is poised to be fertile ground for material change. She said that movements including the anti-war movement, the women’s movement, Oscar Grant’s murder, Black Lives Matter and the Occupy movement have all informed the national conversation, and also Oakland’s.

“Movements ebb and flow,” she said. “It just is just what it is. Because for a bunch of reasons, I'd say in the 21st century, in the 20th century, black and brown people had to pay their bills. So at some point...we had to get off the streets and go back to work. And so I see this as a natural continuum.”

And while Brooks said that she thinks people need to be wary of political posturing, like Libby Schaaf kneeling with protestors, and members of the House of Representatives wearing kente cloth, she remains glad to see a raised awareness and interest in anti-police violence.

“As an organizer, my ultimate goal is to see a shift--a radical shift--for my daughter and for my people,” Brooks said. “And so, if this is the format that radical shift is taking, I'll take it. I can have a critique right around how you show up and when you show up, but at the end of the day, I'm glad you're showing up.”