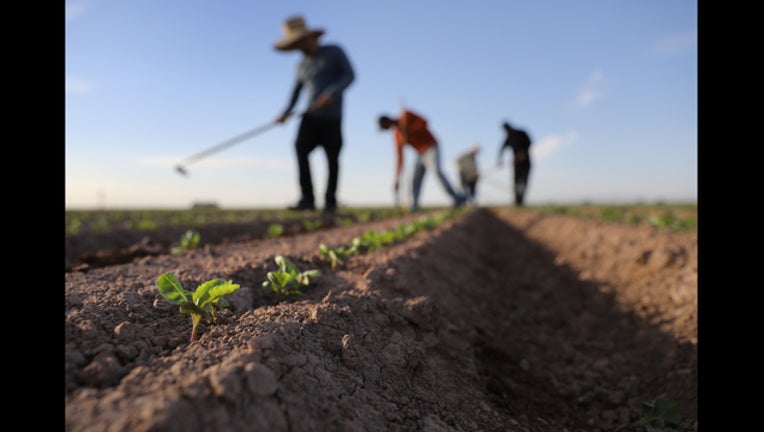 Local farm bureaus like Monterey County Farm Bureau are standing in solidarity with the California Farm Bureau Federation's statements issued today against the proposed immigration act that stands before Congress.

The federation stated that they do not support a part of the House Resolution 4760, also known as the Securing America's Future Act, that addresses agricultural employees.

The Agricultural Guestworker Act, or AG Act, would create a new agricultural visa program, according to federation President Jamie Johansson.

In the current draft, the AG Act would mandate the use of E-Verify electronic workplace eligibility, which would affect a large portion of current agricultural employees, Johansson said.

"As now written, the AG Act just wouldn't work for California farms and ranches," Johansson said in the statement. "There's a longstanding need to create a workable temporary-visa program for agriculture that provides greater stability and opportunities for agricultural employees and their families."

Monterey County Farm Bureau director Norm Groot said that the bureau has been involved in discussion on this legislation for the last few years and agrees that there are too many provisions to the AG Act.

"The E-Verify program will wipe out our labor force," Groot said. "Those here illegally that would be forced to touchback to their own country have been a part of this community for many years now."

Groot said that he believes there needs to be a program similar to the green card system set up for undocumented workers. He suggested it allow them to stay in the U.S. for 10 to 11 months when crop season takes place and then return them home to their families for the holidays.

"The bureau supports an option for these workers where they aren't paying huge amounts to a coyote to get them across the border," Groot said.

"It's not a matter of trying to overstay their visas or sneak into the country. These workers want to go home when they can, they just don't have the option to."

Monterey County heavily relies on their agricultural industry, as $4.49 billion of Monterey County's economic output comes from agriculture, according to the bureau's website.

The federation acknowledged that some other organizations have offered their support towards the immigration reform, such as the American Farm Bureau, but said that they "must advocate for a solution that works for our members and their employees."

The federation works on behalf of nearly 40,000 members statewide and as a part of a national network of more than 5.5 million members.