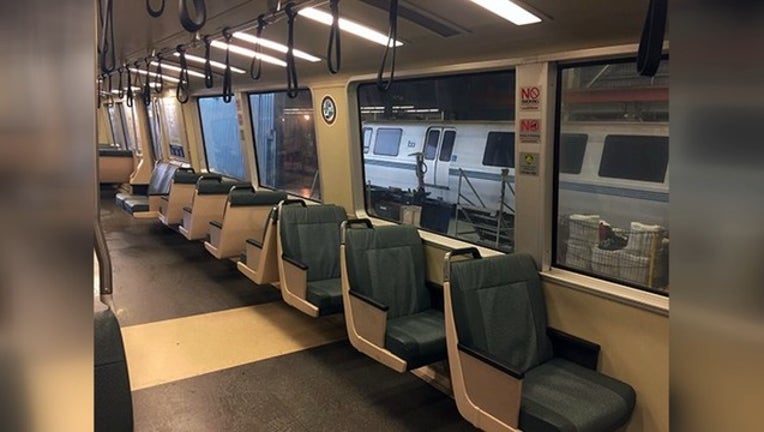 OAKLAND, Calif. - BART now has an answer for riders like Mayumi M, who tweeted: “Taking BART and I need to hold onto the straps on top. Being short sometimes sucks.”

After hearing the complaints of the vertically challenged, BART on Thursday announced that the agency is adding longer straps on train cars, along with modified seating as a short-term fix until the new trains come on line. So far, 187 of the longer straps, which dangle down much more comfortably for those ranging in the 5-foot category, have been installed, BART said.

“As a 5-foot-1-inch-tall, balance-challenged rider with no skill at BART surfing, I tried the longer straps out and found I could hold on without feeling it in the shoulder socket,” BART senior web producer Melissa Jordan wrote.

A Twitter user named Mostly Martha also gave the longer straps a thumbs up, while dinging BART at the same time.

“New longer straps on BART, v comfy! Not worth the fare increase, but still nice when then throw a bone to us shorties.”