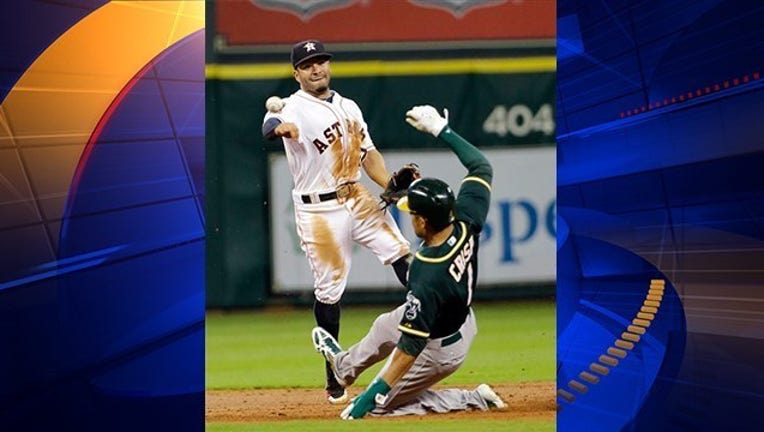 Steven Souza Jr. and Tim Beckham added solo home runs for the Rays, who won for the fourth time in five games and remained in first place in the AL East.

Rays starter Chris Archer (5-4) and five relievers gave up nine hits, and Tampa held an opponent to two runs or less for the 22nd time in 43 games. Archer gave up six hits, struck out eight and walked four in 5 1/3 innings for Tampa Bay. Archer has allowed one run or less in six of his 10 starts.

Brad Boxberger got the final out for his 13th save.

Stephen Vogt led off the fourth with his 10th home run, giving the A's a 1-0 lead.

Longoria's fifth homer came in the fifth after Brandon Guyer's leadoff hit and an error.

Souza's seventh home run, off reliever Evan Scribner in the seventh, made it 4-1 and Beckham, who had tripled earlier, added his fifth homer in the eighth off Arnold Leon.

Billy Butler drove in Oakland's final run with a sacrifice fly in the ninth.

Athletics: RHP Edward Mujica went on the 15-day disabled list with a fractured right thumb. ... OF Coco Crisp will not have neck surgery, but the A's will decide this weekend whether to put him on the disabled list.