LAS CRUCES, N.M. - A lost dog from California somehow made a three state journey, ending up in New Mexico and into the heart of a college student who found her.

Juan Treto said he was coming back home after hanging out with friends back in August, when he noticed a beautiful blue-eyed Husky near his home. "I saw a shadow jumping up and down. Noticed it was a dog, called it over, and she came up to and started playing with me," Treto told KTVU, describing the animal as an extremely friendly dog. 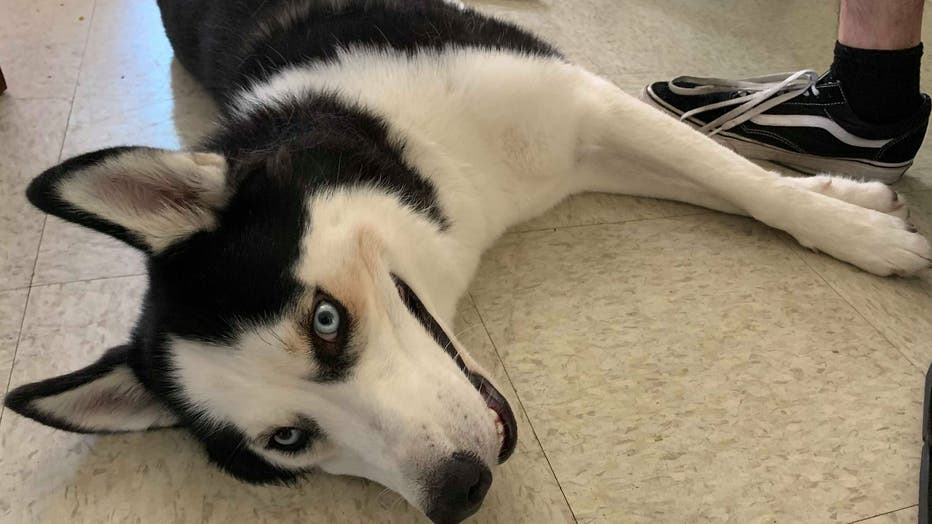 The New Mexico State University student said he checked her collar but saw that she had no tag. So he asked around the neighborhood, put up fliers, and even posted a message on Facebook to see if anyone had lost a dog.

Treto said he even went to a local shelter to see if she had been chipped. Animal care workers told him she wasn't, so after about a month of waiting to find her owner, with no response, Treto finally decided he would keep her and went ahead and gave her a name: Annie, which he said was short for Andromeda.

"At this point under New Mexico law, she would be considered mine," Treto explained. So he took Annie to an animal expo to get her chipped himself and that's when he learned that the shelter was wrong.

The dog had in fact been chipped. What's more, to his shock, Treto learned that she belonged to a family about 700 miles away in Southern California.

"Honestly, I’m not sure how she got here. There’s a lot of different possibilities like her being stolen or another family found her and ended up coming to New Mexico for a vacation and she escaped," Treto speculated. "I have no idea what actually happened." 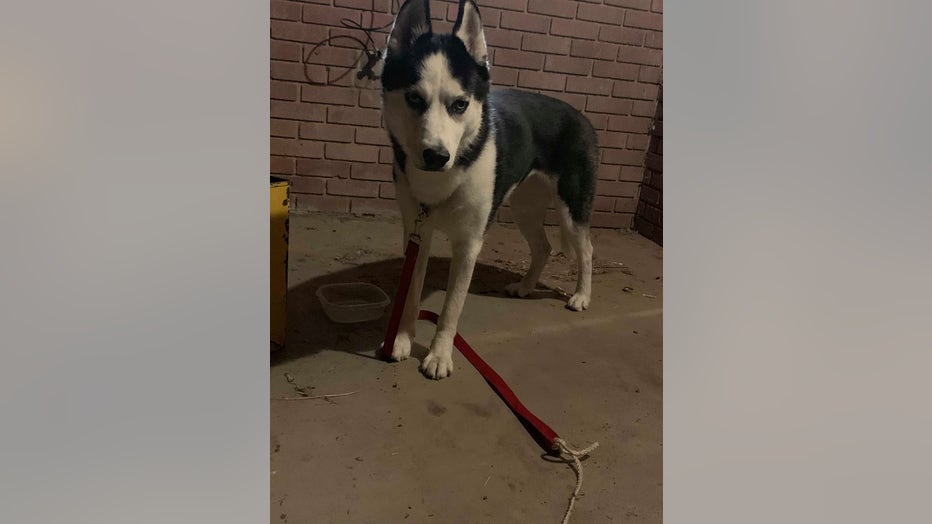 Treto said he went through the process of trying to find her owners and ultimately made contact with Jessica Smith. It turned out the dog's name is Bella.

Smith said her two daughters had been heartbroken their pup was lost and thought they’d never see her again.

As of Monday, Treto said that the dog had not yet been reunited with the family and that at this point, there has been no plan established to get her back to California.

He said he last made contact with the family about a month ago, and he's awaiting word from the chip company that connected him with the Smiths for further information.

For now, Treto said he's gotten used to having the sweet dog around. "She has a very social and calm personality. She loves to play and jump around," he said. "She also loves to talk and wake me up at 6:00 a.m. everyday."

If given the choice, the college student said he'd be more than happy to give the dog a home. "Yes, I would definitely keep her," Treto said. "She’s taken to us quite nicely."

The Associated Press contributed to this story was reported from Oakland, Calif.