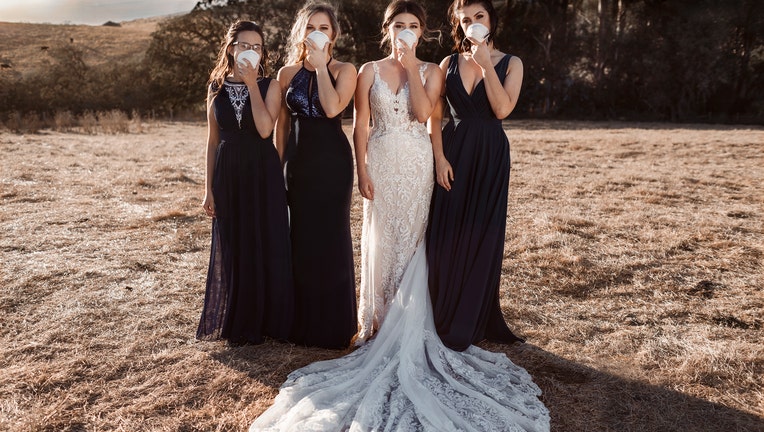 Bridesmaids and the bride cover their faces with air filtration masks because of the Kincade Fire. (Naomi Lehr Valkyrie Photography)

SANTA ROSA, Calif. - Despite the smoke and the raging wildfires in the background, Kendra Gregersen and Garett Motherwell of Santa Rosa had a picture-perfect wedding.

It's just that in the pictures, they sported air-filtration masks, both for their safety and the safety of their guests.

But, as their photographer, Naomi Lehr of Valkyrie Photography, pointed out, "it also represented a really poignant moment in time."

That moment was Sunday, when the couple was suposed to get married at a Cloverdale winery.

But because of the Kincade Fire burning not too far away, the estate called the couple 18 hours prior to the Big Day to say they couldn't accommodate the ceremony.

One of Gregersen's bridesmaids kicked it into high gear, Lehr said, and found a nearby hatchery to hold the wedding. The guests sprung into action and cleaned up the venue just in time. 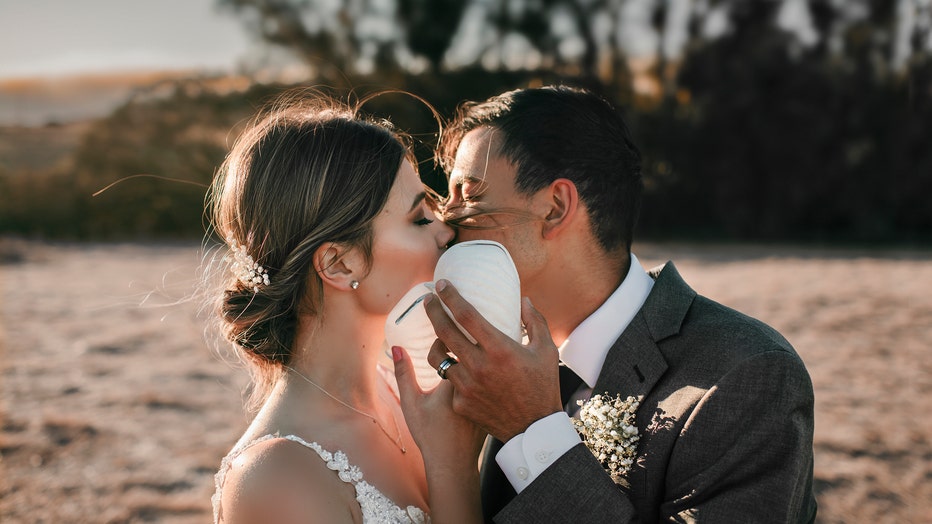 As Lehr documented the moment, she asked the wedding party to bring air filtration masks to a nearby field. The skies were thick with smoke and the air quality was poor.

Lehr knows about the other wildfire wedding, documented by a Casto Valley photographer. That one was at the Chateau St. Jean Winery in Kenwood. That couple also posed with air masks, and the images from that wedding have gone viral.

Lehr insists that air masks are "not a thing" at California weddings. She said these two couples are the only ones she knows about who decided to plow through and get married despite  the fires, the evacuations and the power blackouts.

"I had three other weddings that canceled," she said.

Throughout it all, Gregersen and Motherwell went with the flow, agreeing to the unusual photo shoot. They were "so gracious and positive," said Lehr, who was also evacuated from her Santa Rosa home during the fire and who ended up sleeping in a parking lot in Petaluma one night.

That, despite the fact that only 20 or 30 guests came, as many of the other friends and relatives also lived in Healdsburg or Windsor and had to deal with their own evacuations.

Still, Lehr said the wedding was great. In fact, she said, it was actually one of the best she had ever attended.

"I learned that a positive attitude is more important than anything," she said. "Love is thicker than smoke." 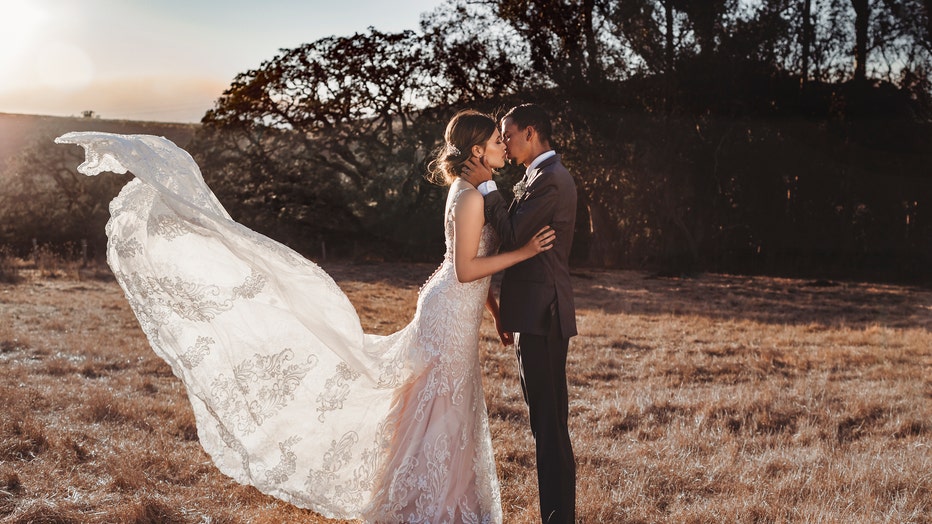 Kendra Gregersen and Garrett Motherwell remained positive and upbeat despite having to move their wedding because of the Kincade Fire. Oct. 27, 2019