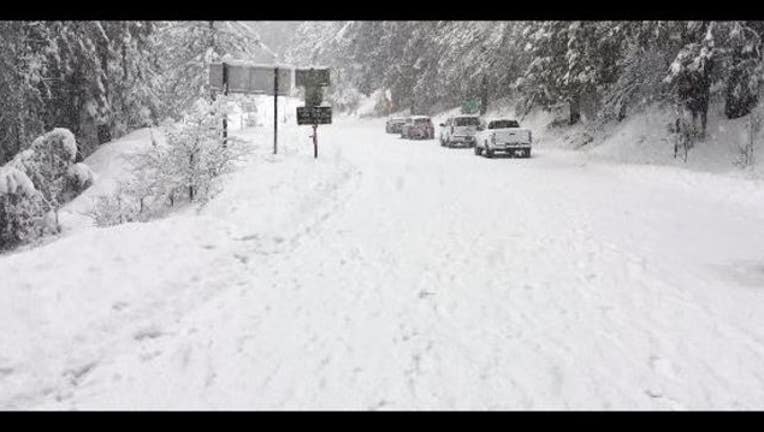 A late-winter storm moving through California on Friday is piling up snow in the Sierra Nevada, making travel hazardous and raising avalanche danger.

Highway 50 in the Sacramento Valley and the Lake Tahoe Basin, Interstate 80 from Colfax to Nevada and Highway 89 from Truckee to Squaw Valley were all closed Friday because of  snow and multiple spinouts, according to the Placer County Sheriff.

The National Weather Service says the Heavenly and Northstar ski resorts near Lake Tahoe reported Friday morning they each received more than 2 feet  of snow in 24 hours.

The Sierra Avalanche Center says there's high avalanche danger at all elevations in the central Sierra backcountry in the greater Lake Tahoe region.

Despite potential problems, the storm is boosting the Sierra snowpack, which is a vital part of California's water supply.