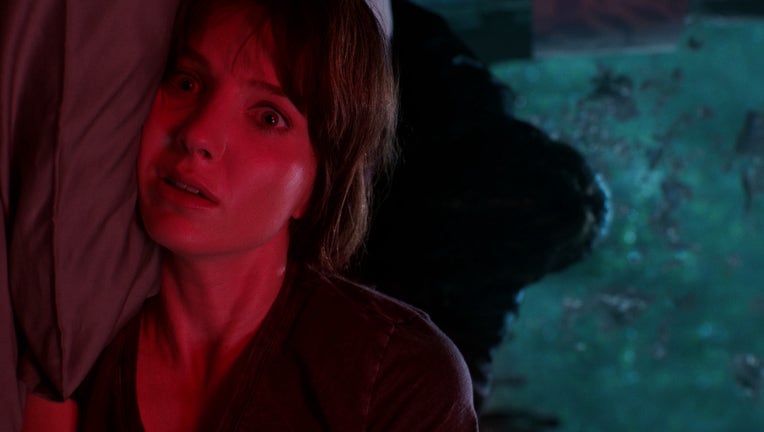 CHICAGO - James Wan’s impact on contemporary horror is undeniable. The director of "Insidious," creator of "The Conjuring Universe" and co-creator of the "Saw" franchise has also dabbled outside the genre with teeny-tiny little movies like "Aquaman" and "Furious 7," but he always seems to return to the realm of the jump-scare, where he speaks the language fluently.

Enter "Malignant," Wan’s latest, which (after the traditional opening bloodbath, here in the form of a flashback) opens on a woman experiencing an all-too-common kind of nightmare: domestic violence. Madison (Annabelle Wallis, "Come and Find Me"), hugely pregnant, returns from work feeling unwell only to suffer verbal, emotional, and ultimately shocking physical abuse at the hands of her husband (Jake Abel, "Almost Friends").

The back of her head hits the wall so hard it cracks the plaster, a visual reminder of the trauma she’s suffered and continues to suffer. But as she sleeps, a darkness of a different kind enters the house.

The next day, the police arrive (George Young and Michole Briana White) on the scene of what seems to be a brutal home invasion, while Madison awakes in the hospital to the terrified, sympathetic face of her sister Sydney (Maddie Hasson, a standout) who has dreadful news to impart. And with that, we’re off to what seems to be a traditional, ‘80s-inspired piece of pregnancy/body horror.

But then Madison starts experiencing visions of crimes as bloody or bloodier than the one she endured — and most unsettlingly, what she sees in her mind seems to be happening out there in the world, in real time.

That’s the first of many turns in "Malignant," which journeys from horror trope to horror trope as it rambles and roams from one scene of carnage to another. To say much more is to spoil the fun — and if body horror, "bad seeds" and/or possession are flavors of the genre you enjoy, then there’s a great deal of fun to be had. Suffice it to say that Wan nimbly moves through several subgenres, even as the remarkably game Wallis and Hasson manage to keep the film anchored in something like emotional honesty — for the most part, anyway. 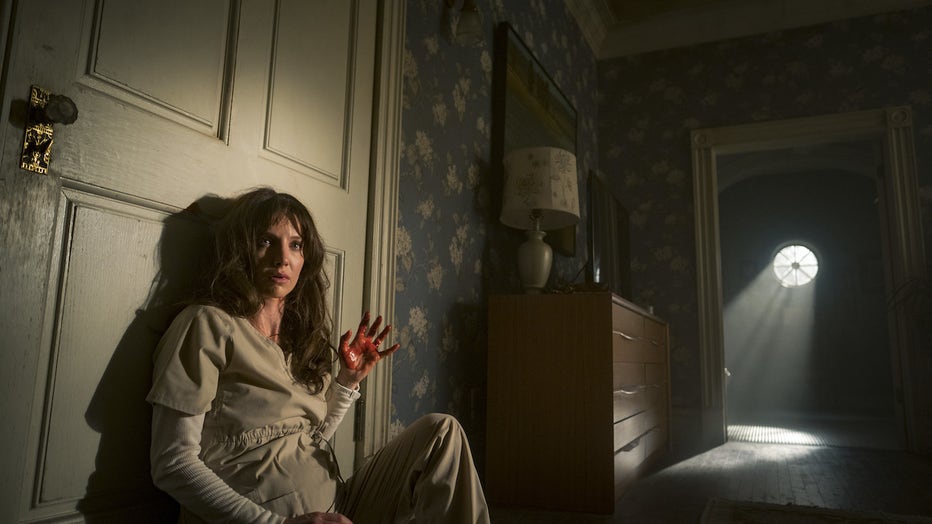 Unfortunately, the subtle changing of horror-horses throughout "Malignant" leaves little time for the slow build of dread created by the best of of the film’s brethren. Each shift in gears is exciting in its own way, but collectively, they succeed less in ratcheting up the tension than in disorienting the viewer, for better and for worse.

Good news: When things get really bad for our heroes, the film finally takes off. Wan’s final twist is so maniacal and so (and this is a compliment) deeply and thoroughly stupid that it more than makes up for the minor missteps along the way. As above, we’ll plead spoilers here and avoid saying too much, lest we ruin the good bad time audiences can expect. Let’s put it this way: The film’s big reveal is, like the film itself, a kind of horror-movie-mutant, an unholy fusion of the best bits from nightmares of yesteryear. It’s absurd, and absurdly effective. If you’re planning on dinner after a movie, you might consider switching those two around.

Is "Malignant" a masterpiece? No. But the film it decides to be in its final act is a very good one indeed.

Prepare for ‘Malignant’ with these free horror movies

Orphan (2009): "Malignant" has more than its fair share of creepy-kid-horror, a trait it shares with this Jaume Collet-Serra film. 122 minutes. Featuring Vera Farmiga and Peter Sarsgaard.

Paranormal Demons (2018): David Bruckner wrote, directed and appears in this "Blair Witch"-esque screamer, in which "a group of film students visit a sanatorium where a poltergeist supposedly resides and discover true horror while on the ghost hunt." 96 minutes.

The Guest (2014): A creepy Dan Stevens stars in this bloody 2014 thriller, in which a family welcomes "an army vet claiming to have served with their dead son" into their home, only to find they’ve opened the door for an absolute bloodbath. 100 minutes. Sheila Kelley, Maika Monroe, Leland Orser, Lance Reddick, Ethan Embry.