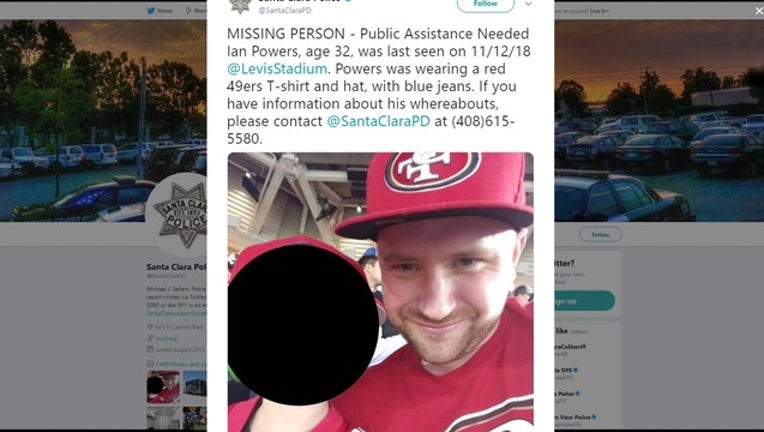 Police said Ian Powers was reported missing Tuesday morning after last speaking to his family around 10 p.m. the night before.

Police said his girlfriend said Powers left his seat to use the bathroom at the game but never came back. His car was found in a nearby parking lot but he was not found.   Powers was last seen wearing a red 49ers T-shirt, a 49ers hat and blue jeans.

According to police, Powers was traveling from Spokane, Wash. to Los Angeles with a scheduled stop in Antioch to visit family.