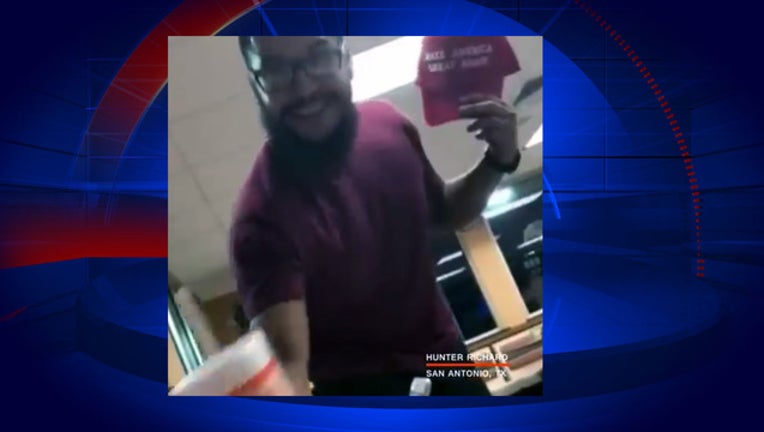 The man accused of hurling a drink in the face of a teenager inside a Texas Whataburger restaurant and stealing the 16-year-old’s “Make America Great Again” hat was arrested Thursday, officials said.

Jail records Friday morning showed Jimenez was detained on a warrant for theft of person. A jail spokesperson later told Fox News that Jimenez's bond was set at $5,000 and he was booked and released on bond the same day.

The incident, which was captured on a video that soon went viral, reportedly happened Tuesday at one of the burger chain’s restaurants in San Antonio.