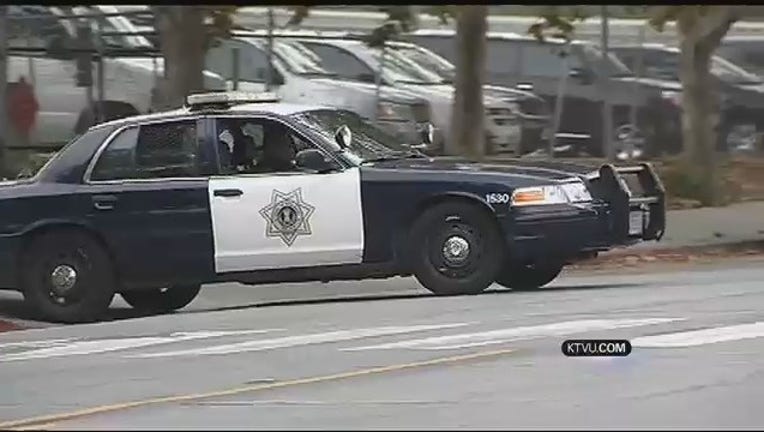 SAN JOSE, Calif. - A suspect was arrested after what San Jose police described as a "violent crime spree" that started Friday morning with a carjacking at knifepoint and ended with an assault on an elderly Filipino woman.

Police responded about 11:45 a.m. to the 200 block of Montgomery Street, where a victim was forced out of a vehicle at knifepoint. A citizen who tried to help "narrowly escaped being stabbed," police said in a social media post.

The suspect then fled in the carjacked vehicle and was involved in a hit-and-run crash near Capitol Expressway and Silver Creek Road. He abandoned the vehicle on a nearby street and then entered a home's garage and stole tools, police said.

When he left the area, on foot, he encountered an elderly Filipino woman getting into her car. Police said he hit the woman with a blunt object, demanding her car keys. She was able to escape to her house and call for help.

When officers arrived, they found the suspect walking in the area and he was arrested. Police said there's no indication that the attack on the woman was racially motivated.