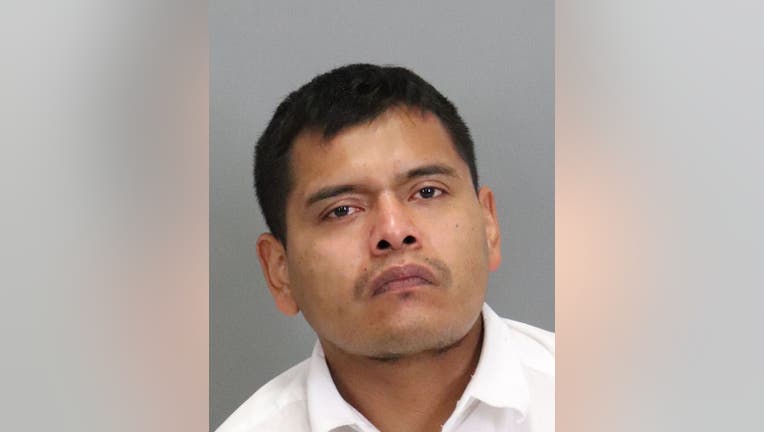 According to police, the suspect, Ismael Hernandez Rodriguez, 28, of San Jose tried to provoke a confrontation with police when he pulled up alongside a police supervisor driving along the 1400 block of El Camino Real.

The incident happened at around 4 o'clock in the afternoon on Sept. 22. In a news release, police claim the suspect began shouting obscenities at the supervisor as he pulled up next to them. Police say there was no prior contact between the supervisor and the suspect and that they were not known to one another.

The suspect car pulled in front of the supervisor's car stopping in traffic, police said. The driver got out of his car and continued to shout obscenities. Additional officers arrived at the scene and attempted to de-escalate the situation.

Police said the supervisor told assisting officers to meet at a nearby parking lot. When one officer went to do that, the suspect, who had gotten back in his car, turned his attention to that officer and pulled up behind them in traffic to gesture and yell obscenities at that officer.

Other police vehicles pulled up behind the suspect who was in the left-turn lane. When the light turned green, the first officer made a U-turn, but the suspect allegedly followed.

Police say that's when the suspect vehicle attempted to ram the first officer's patrol car. The other officers made a traffic stop on the suspect, who they say continued to challenge them, again outside of his vehicle, with clenched fists and a "fighting stance."

Police said the suspect resisted arrest, but that they were able to handcuff him and take him into custody. The suspect suffered scrapes during his struggle with officers. The fire department had to transport him to the hospital for treatment. Some of the officers involved suffered minor scrapes.

Investigators found beer and marijuana in the suspect's vehicle.

Hernandez Rodriguez was booked into the Santa Clara County Main Jail for assault with a deadly weapon, resisting arrest and driving under the influence.