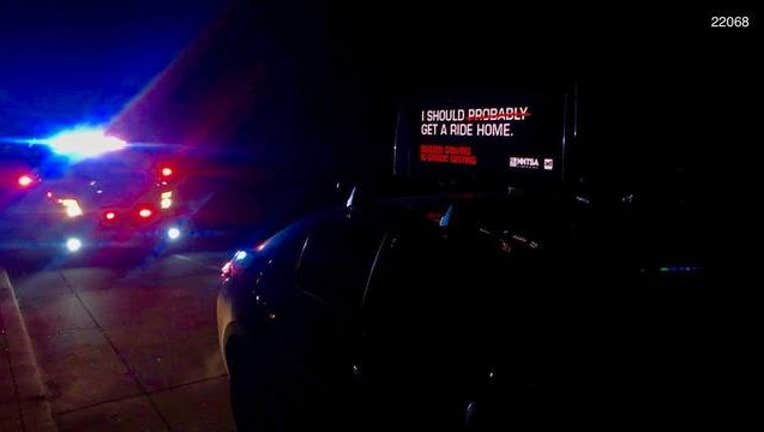 BERKELEY, Calif. (BCN) - In an ironic twist, the California Highway Patrol arrested a motorist on suspicion of DUI Sunday morning after he was stopped driving a car with a sign warning against drinking and driving.

A dark-colored sedan was stopped by officers after it was spotted around 4 a.m. weaving across three lanes on eastbound Interstate Highway 80 near the Gilman Street exit in Berkeley, according to CHP Officer Herman Baza. The car featured a sponsored sign by the National Highway Traffic Safety Administration that read: "I should probably get a ride home" (with the word "probably" crossed out) and "Buzzed driving is drunk driving."

The male driver was well over the legal blood-alcohol limit of 0.08 percent, Baza said.

The NHTSA pays motorists to carry the anti-DUI signs on their cars, he said.

"It's a good message, but he's not necessarily the best role model," Baza said. "He was weaving all over the place. We caught him early enough that we prevented him from crashing."