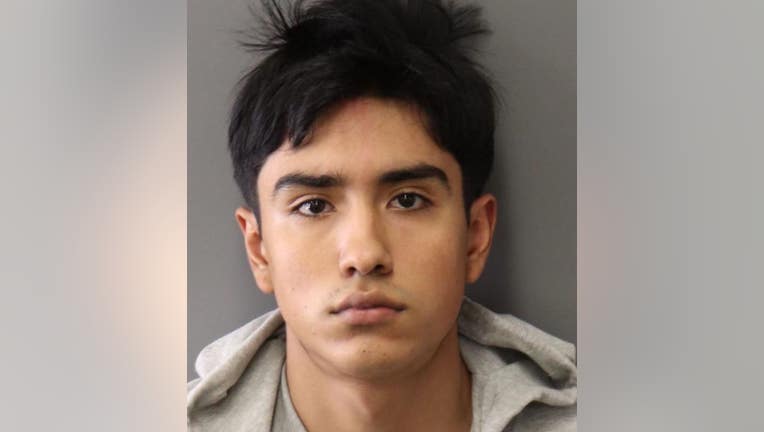 RIVERSIDE, Calif. - A Riverside man was arrested Monday morning on a federal charge for allegedly slitting the throat of his young dog and posting a video of the dying puppy on Snapchat.

Angel Ramos-Corrales, 19, was arrested Monday without incident by the FBI and the Riverside Police Department. He is expected to make his initial court appearance Monday afternoon.

Ramos-Corrales was named in a federal criminal complaint filed Friday that charges him with animal crushing, a federal crime of purposely subjecting certain types of animals to serious bodily injury not related to hunting or other lawful activity. The animal crushing statute carries a sentence of up to seven years in federal prison.

According to federal officials, on Feb. 13, the Riverside Police Department received a call about a video posted on Snapchat that showed the possible killing of a dog. In the video, a person believed to be Ramos-Corrales made a series of statements, including "I’m cold-hearted," and then callously kicks the still-alive dog, which he had named "Canelo," the complaint alleges.

Police officers went to Ramos-Corrales’ residence, where they found him with fresh blood stains on his clothes, as well as freshly cut wounds on his hand, according to the affidavit. Inside his house, officers found a four to six month-old Chihuahua severely injured lying on a bed and observed blood spatters in both the bedroom and bathroom.

During the investigation, police officers spoke with a roommate of Ramos-Corrales who said he locked himself in his bedroom after observing blood spatter and the dog wrapped in a rug while Ramos-Corrales was in his room yelling, the affidavit states.

Animal control officers responded to the residence on February 13 and transported the dog, which was barely alive, to an emergency pet clinic.

"Unfortunately, veterinarians determined the dog would not survive and had to be euthanized," Riverside Police said.

The arrest affidavit notes that a veterinarian had to euthanize the animal after determining Canelo also had fractured bones in his head and chest.

"This appeared to be a very savage act committed toward this poor animal," Animal Services Director Julie Bank said.

During interviews with FBI agents in early March, Ramos-Corrales said he purchased Canelo as a small puppy from a Craigslist posting several months earlier, and he claimed not to recall the details of what he had done to the dog.