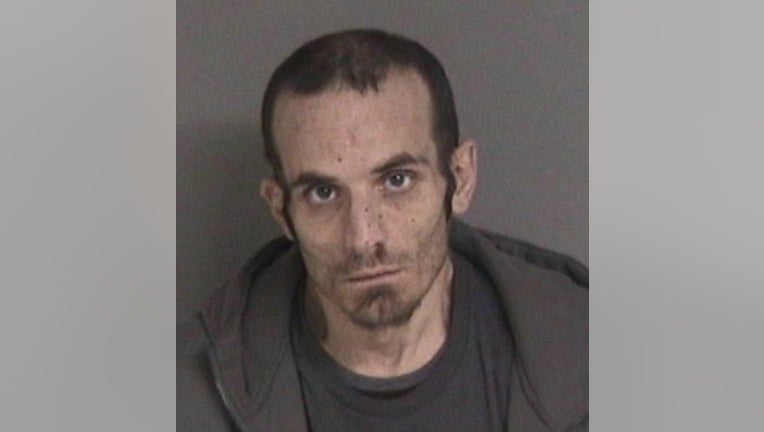 ALAMEDA, Calif. - A man with a history of driving with license suspensions and revocations has been charged with vehicular manslaughter and other counts for a fatal collision in Alameda last week that claimed the life of a 34-year-old woman, prosecutors said.

Justin Benton, 38, was charged and arraigned on Tuesday for the crash in the 3000 block of Ralph Appezzato Memorial Parkway at about 2 p.m. on Jan. 31 that killed 34-year-old Wansiri Panyapong.

Panyapong was on a sidewalk when she was struck and killed, Alameda police Officer Alan Kuboyama wrote in a probable cause statement.

According to Kuboyama, when officers arrested Benton shortly after the fatal collision he admitted that he was the driver of the stolen vehicle that struck and killed Panyapong.

Police and prosecutors allege that Benton was driving a vehicle he stole from a woman he was living with in Alameda.

Kuboyama wrote that the woman never gave Benton permission to drive her vehicle because he is a drug addict and does not have a valid driver's license.

He said she hid her spare key to prevent Benton from accessing her vehicle but Benton found the key and took her vehicle without permission.

Kuboyama wrote that Benton admitted to responding officers that he was in possession of cocaine and a substance found in his pocket appeared to be consistent with powder cocaine.

Kuboyama said officers who assessed Benton determined that he was under the influence of a stimulant and narcotic pain relievers and also found injection marks on his arms consistent with his statement that he injects cocaine.

Kuboyama said Benton was on probation for reckless driving after a prior arrest on suspicion of driving under the influence of drugs or alcohol and was expected to obey laws and not drive unless licensed and insured.

He said Benton admitted to officers that he knew his driving privileges had been taken away.

A records check found that Benton had four prior suspensions or revocations, including one requested by a child support services department and another for refusing a chemical test, according to Kuboyama.

The other two were for driving under the influence of alcohol or drugs.

In addition to vehicular manslaughter, Benton is charged with felony counts of unlawful driving or taking of a vehicle and driving under the influence of alcohol or drugs and misdemeanor counts of possession of a controlled substance and driving with a suspended license.