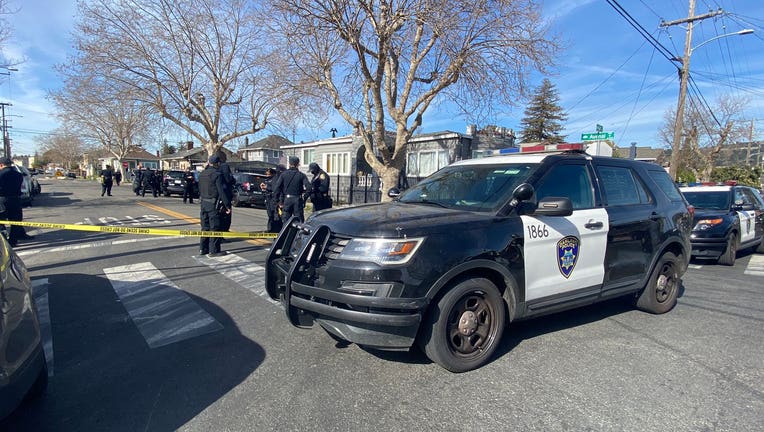 OAKLAND, Calif. - A man has died in a fire after Oakland police tried to stop a stolen van he was driving on Wednesday, officials say.

It happened near the intersection of Avenal and 64th avenues in the Havenscourt area. Police said they were dispatched to the 8400 block of Ney Avenue after 10:45 a.m. on the report of a stolen vehicle.

Chief Armstrong said officers did not pursue the van on the ground, but used ‘stop strips’ to disable the vehicle.

A man has died in a fire after Oakland police tried to stop a stolen van he was driving on Wednesday afternoon, officials say.

At some point, the tires caught fire and flames spread to the vehicle. Police said there were other accelerants inside the vehicle, which was engulfed in flames.

Police said they tried to extricate the man, and used fire extinguishers to put out flames, but he died in the fire.

Two officers were transported to an area hospital for treatment of burns and injuries from attempting to rescue the occupant, police said.

The victim has not been identified.