SOUTHFIELD, Mich. (FOX2) - A Wayne County man says he was always confident that he would win the lottery one day and told his wife as much but she didn't believe him. Then he had a dream about winning it and it became true!

The anonymous winner claimed a $1 million prize on a $20 scratch-off ticket. He bought his lucky ticket at the Red Caboose Wine Shoppe on Holbrook Street in Hamtramck the day after he had a dream about winning the lottery.

"I had a dream one night that I won a large lottery prize. I didn’t think much of it and went to the store the next day to buy some tickets," he said.

He immediately matched a winning number but thought he'd won $100 - not a bad return on a $20 investment. But then he kept scratching under the winning number.

"When I got in my car, I started scratching them. I saw I matched the number ‘04’ right away and thought I’d probably won $100. When I revealed the ‘$1MIL’ symbol, I thought I was still dreaming. I called my wife immediately to tell her the good news," he said.

The 32-year-old man said he told his wife that he always believed that he would win big but she never believed me.

This week, he traveled to Lansing to claim his prize - which he's taking as a one-time lump sum of about $634,000. He said he plans to buy a home and a new car. 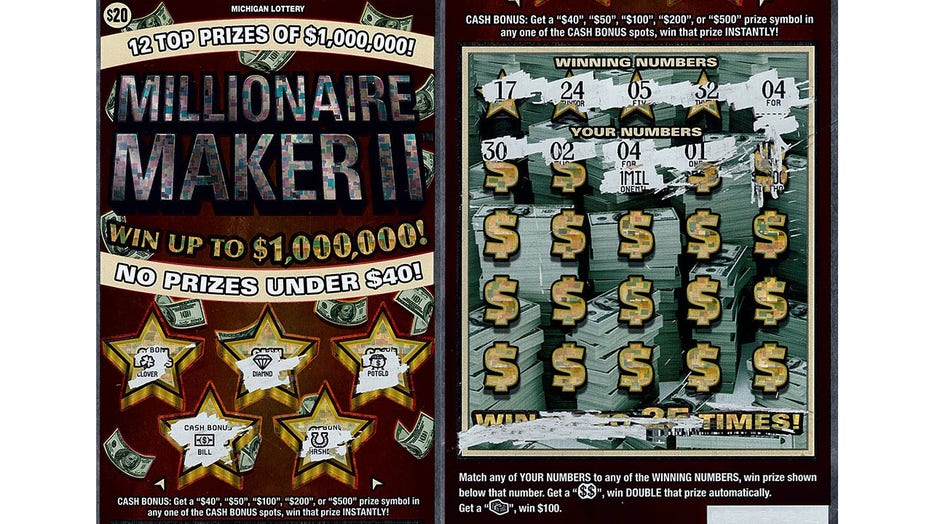 A Wayne County man said he had a dream about winning the lottery one night and became a million dollar winner the next day.