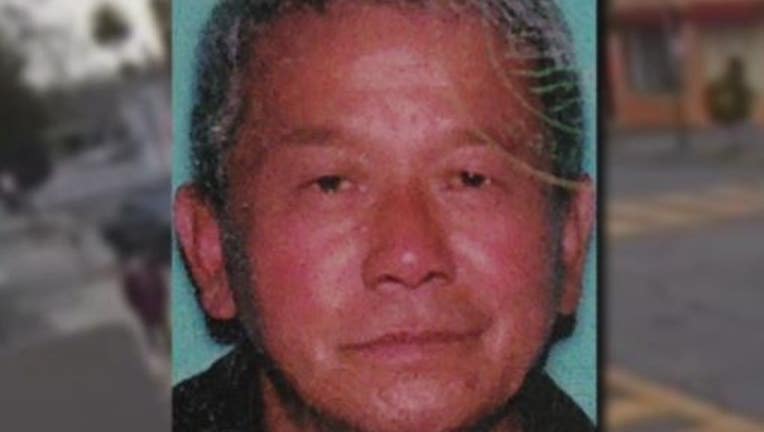 OAKLAND, Calif. - A 41-year-old man had been arrested and charged with the murder of a 66-year-old father who was mowed down by a minivan in Oakland's Chinatown, court records show.

Kevin Mak was booked on April 1 following the death of Chi Lo Leung on March 26, eight days after he was struck by the van at 245 8th Street.

It wasn't immediately clear if Mak is being represented by an attorney.

But the police report indicates that Leung struck Mak's minivan with a shovel first, prompting Mak to reverse his vehicle into Leung, and then "intentionally accelerated and steered the minivan" into Leung.

Leung was knocked to the ground by the van and struck his head.

He was then taken to a hospital where he suffered brain damage.

Mak remained on scene and provided what police described as a "self-serving statement," which was later disputed by video surveillance and witness statements showing it was an "intentional act."

At first, Mak was arrested for assault with a deadly weapon and released on bail on March 16.

But after Leung died, Mak was arrested on the murder charge.

In an interview last week with KTVU, Leung's son, Kan Leung, shared the video surveillance referenced in the police report, saying he hoped to find whoever killed his father.

On Thursday, Kan Leung said that he doesn't know Mak and isn't sure if his father knew him.

He added that he doesn't know what happened between his father and Mak, but if he were to guess, he suspects that his father was likely defending himself.

KTVU's Henry Lee and Amber Lee contributed to this report.