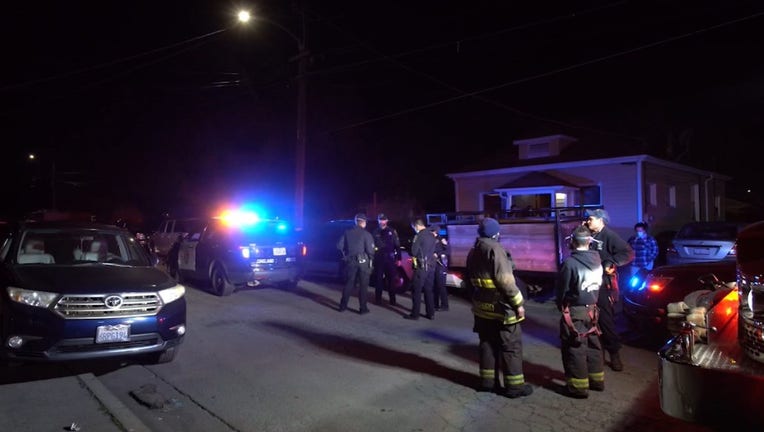 OAKLAND, Calif - A homeless man suffered serious burns after someone set him on fire in East Oakland, police said.

Officers responded at 8:07 p.m. Wednesday to the 500 block of Douglas Avenue in the Brookfield Village neighborhood following a call that a man was on fire.

"There was a crowd arond him that had extinguished the flames and were trying to render aid to the victim," said Oakland police Lt. Brandon Wehrly.

A homeless man suffered serious burns after someone set him on fire in East Oakland, police said.

Wehrly said someone had purposely set the man on fire.

"It appears that the victim was doused with some type of accelerant, and then an ignition source was used to set flame to our victim," Wehrly said.

The 56-year-old man, who is homeless, suffered second- and third-degree burns to 75 to 80 percent of his body, according to the Oakland Fire Department.

He was taken to St. Francis Memorial Hospital in San Francisco, which specializes in treating burn injuries.

A motive for the attack wasn't immediately known. Officers searched a nearby homeless encampment and spoke to possible witnesses there.

Anyone with information can call the Police Department's Felony Assault Unit at (510) 238-3426.