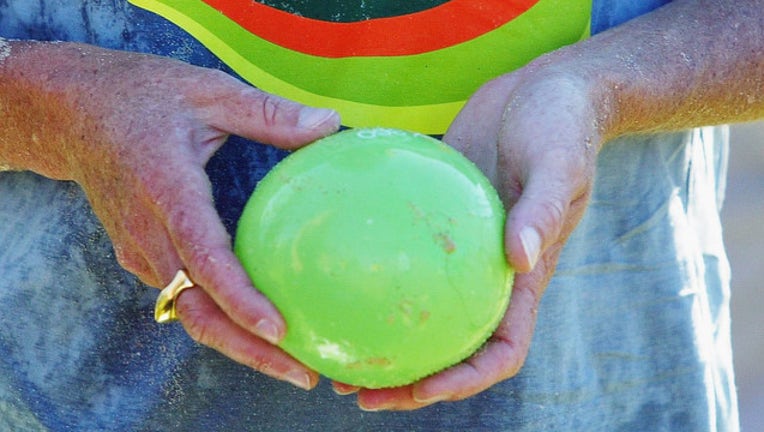 GRAND RAPIDS, Mich. - A man who threw water balloons at supporters of President Donald Trump outside a Michigan rally has pleaded guilty to a misdemeanor but says he might do it again.

Robert Truax Jr. tells TV station WZZM that "actions are going to be louder than words these days."

Truax threw two water balloons at Trump supporters outside a Grand Rapids arena on March 28. No one was injured. The 20-year-old Grand Rapids man says he was standing up for Trump's critics.

Grand Rapids Sgt. Cathy Williams says the water balloons could have caused panic. The maximum penalty for creating a disturbance in a public place is 90 days in jail. Truax says he might throw three balloons next time.

Truax recorded the entire incident, including himself promising he would throw the balloons at supporters, while the car stereo plays the song "FDT" (F--- Donald Trump) by YG & Nipsey Hussle. Truax posted the video to his YouTube channel.

His video shows him throwing balloons into the crowd before Grand Rapids police arrested him - to cheers from the crowd.

“I was trying to stand up for the people who are just against the president,’’ he told WZZM Thursday outside the courtroom. “In a way his supporters are just like him. I did what I had to do.’’

He apologized for getting people wet but said they "should have brought a long-sleeve to keep a little bit warm."

Despite Truax's attitude towards the situation, Sgt. Williams told WZZM that somebody could have been hurt or he could have incited panic.

"Not only can you hit someone and injure them, but also you can incite panic in a group," Williams said. "And someone can be inadvertently hurt by people trying to move out of the way. Running, or trampled."