COLUMBIA, Mo. - A man who gained notoriety after he and his wife pointed guns at Black Lives Matter protesters outside their home was defeated handily Tuesday night in Missouri’s Republican primary for the senate, according to media reports.

Mark McCloskey trailed in fifth place in the race with only 3% of the vote, Newsweek reported Wednesday.

Missouri Attorney General Eric Schmitt won the Republican primary for U.S. Senate on Tuesday with surprising ease. With nearly 90% of results in, Schmitt had more votes than his nearest two competitors — U.S. Rep. Vicky Hartzler and former Missouri Gov. Eric Greitens — combined, turning what was expected to be a tight race into a blowout. 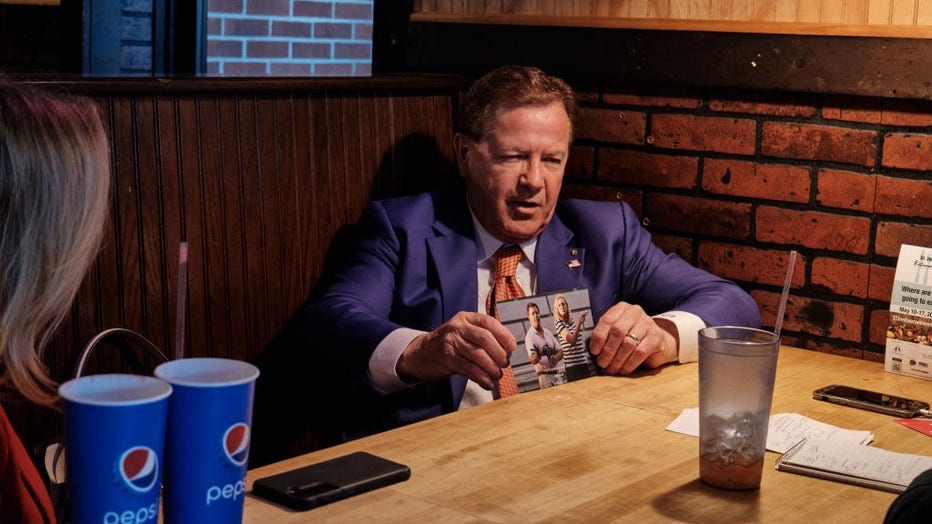 Missouri Senate hopeful Mark McCloskey holds up the infamous photograph of him and his wife pointing firearms at protestors outside of their home in St. Louis, Missouri. (Dominick Williams for The Washington Post via Getty Images)

In November, Schmitt will be opposed by Anheuser-Busch beer heiress Trudy Busch Valentine, who defeated Marine veteran Lucas Kunce and nine others in the Democratic primary. Both also face a challenge from a well-funded independent, John Wood, who has the financial backing of former Sen. John Danforth.

McCloskey, the Missouri lawyer who faced criminal charges for waving guns at racial injustice protesters in St. Louis in 2020, announced his run for the Senate last year.

"An angry mob marched to destroy my home and kill my family, I took a stand to defend them," McCloskey wrote on Twitter in 2021 with a video announcing his campaign, to say that he will never back down whether it comes to defending against "the mob" or "our home, our state, our nation."

The McCloskeys made headlines in June 2020 after a video emerged of them toting guns in defense of their home as protesters headed toward the house of then-St. Louis Mayor Lyda Krewson. 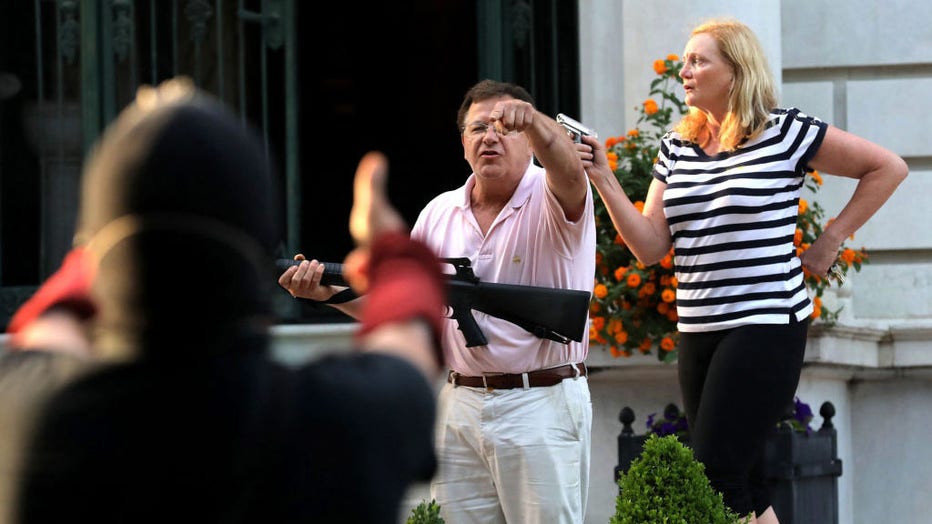 Demonstrators were marching to the home of then-Mayor Lyda Krewson on June 28, 2020, amid nationwide protests that followed George Floyd’s death in Minneapolis. They ventured onto the private street that includes the McCloskey mansion. The couple said protesters broke down an iron gate and ignored a "No Trespassing" sign. They said they felt threatened.

McCloskey emerged from his home armed with an AR-15 rifle and his wife came out with a semiautomatic handgun. Cellphone video captured the tense confrontation between the McCloskeys and the protesters. 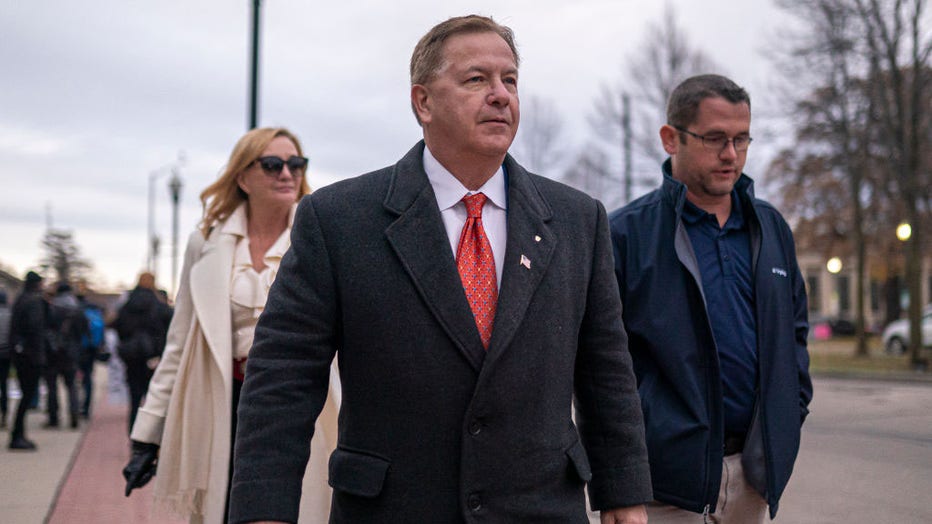 Mark McCloskey, a Republican candidate for U.S. Senate in Missouri, and his wife Patricia McCloskey (L) walk near the Kenosha County Courthouse which they said they visited to show support for Kyle Rittenhouse in 2021. (Nathan Howard/Getty Images)

The McCloskeys, who are both attorneys, were indicted by a St. Louis grand jury in October on charges of unlawful use of a weapon and tampering with evidence. Gardner originally filed the weapons charge in July. The grand jury added the evidence tampering charge.

The indictment states that a semiautomatic pistol was altered in a way that "obstructed the prosecution of Patricia McCloskey" on the weapons charge.

In December 2020, a judge dismissed Gardner’s office from prosecuting the case, ruling she created an appearance of impropriety by mentioning the McCloskey case in fundraising emails before the August Democratic primary. She went on to win reelection.

FOX 29 Philadelphia, FOX 7 Austin, and the Associated Press contributed to this story. This story was reported from Washington, D.C.