Man speaks out after girlfriend killed in Milpitas, allegedly by ex

MILPITAS, Calif. - The boyfriend of a woman who was allegedly killed by her ex in Milpitas spoke out Tuesday, saying he is heartbroken over her slaying.

He had a message for the suspect,"You’re a coward, and you took one of the most beautiful people I’ve ever known."

Persson had been dating his girlfriend Christina Raymond, 35, since October. Milpitas police said the victim's ex-boyfriend, 42-year-old Anthony Jon Juco, killed her over the weekend. Juco is a registered sex offender. 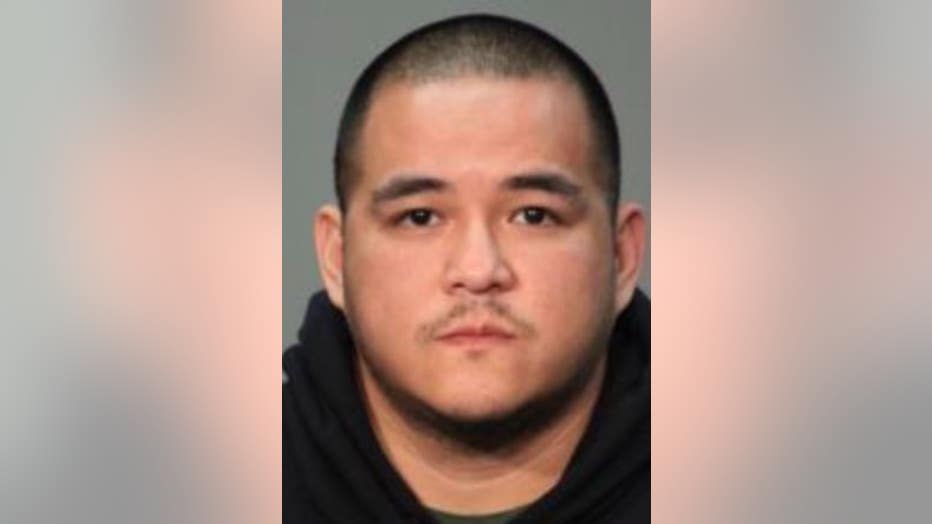 Anthony Jon Juco, 42, is suspected of killing his ex-girlfriend and riding around with her body.

"We built a foundation and really just built each other up and loved on each other. We had a lot of plans you know. And now it’s all gone," Persson said.

Raymond was delivering food for DoorDash Sunday afternoon and on the phone with Persson when she realized that someone was following her in Milpitas.

Persson said the suspect had been sending Raymond some disturbing emails since the two broke up.

"They’re very threatening emails. It was just getting worse and worse the prior month. He just kept saying some really nasty things about when he sees her it’s going to be a problem, ‘I’m going to kill you and your family.'"

Persson told her to call 911. He believes she tried to drive to the Milpitas Police Department but ended up in a public works parking lot next door.

Police said at some point Juco killed her. Persson said he was told by police she was stabbed.

When officers arrived, they saw the victim’s Toyota Camry leaving public works and tried to stop it. The suspect led police on a chase into Fremont where he crashed. Officers found her body in the back seat.

Persson is now left grappling with his loss.

A high-speed pursuit involving Milpitas police and a man suspected of killing his ex-girlfriend and speeding away with her body ended Sunday afternoon in Fremont, when the suspect crashed the car near Warren Ave., east of Kato Drive.

"Christina was such a sweet person, she had a heart of gold, and she always thought of other people ahead of herself," Persson said.

The couple enjoyed going to Warriors games together and recently visited Universal Studios. The two had talked about a future together.

He also hopes justice will be served.

"I just hope the courts do the right thing, hit this guy with the book," he said.