MARTINEZ, Calif. - The family of Loal Davis was calling it a wonderful gift just in time for Christmas, as they were set to reunite the lifelong musician with a long-lost and treasured heirloom -- an intricately designed antique violin, stolen decades ago.

Son-in-law Gregory Gast said that the violin was made in 1659 and passed down from generation to generation in the Davis family, until it was stolen out of a car in Martinez back in 1986.

It was a rare piece, precise in its details, carefully designed, with notable features including a face carved as its scroll. 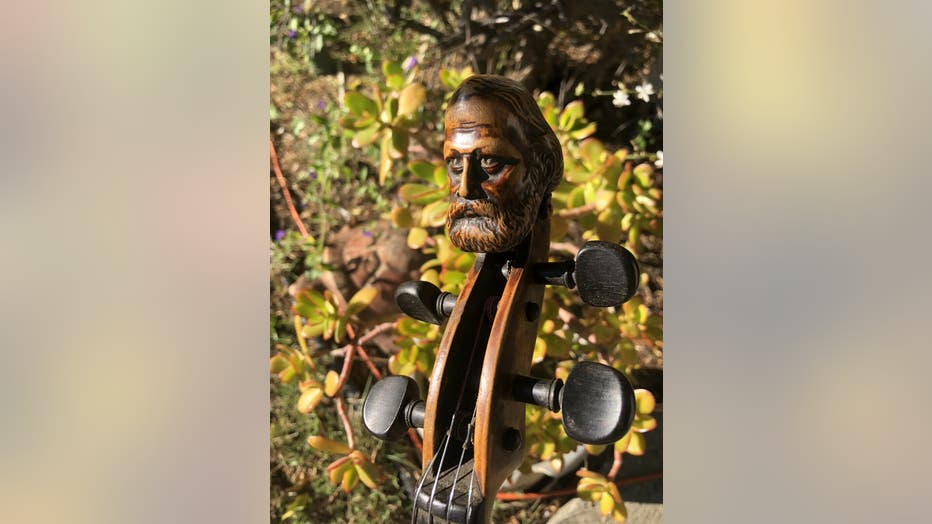 Antique violin stolen in Martinez in 1986 has been found, the family of Loal Davis said. Family members now plan to reunite the heirloom with its rightful owner. (Gregory Gast)

Gast said that when it was stolen, his wife, who was just 5 years old, and her parents were in the process of moving. They had stopped in to temporarily stay with grandparents in Martinez. After arriving with their family station wagon filled with much of their belongings, they decided to leave the items in the car parked in the driveway.

Davis, who performed in orchestras as a profession, had gone to San Francisco looking for a job in the city. After a day of job-hunting, he returned to Martinez to find the prized violin, as well as several other instruments, were gone and had been stolen from the car.

"Left behind were syringes, so they figured drug addicts had got to them and stole them," Gast explained.

Davis filed a police report and an insurance claim but was resigned to believing that his instruments including the prized family artifact were gone for good.

Cut to 35 years later, when a reunion of epic proportions played out. The Davises, who lived in the East Bay for many years, had now moved out of the area. Loal Davis and his wife were in St. Louis, where they continued their work in music, as the couple has been teaching piano, violin, as well as chess.

Daughter Emily Gast moved to Los Angeles, where she and her husband called home. It was Emily Gast who recently came across a violin that was being sold online. Incredibly, it reminded her of the one her father had lost years ago. She was floored to see the sellers were asking anywhere from $16K to $50K for the piece. 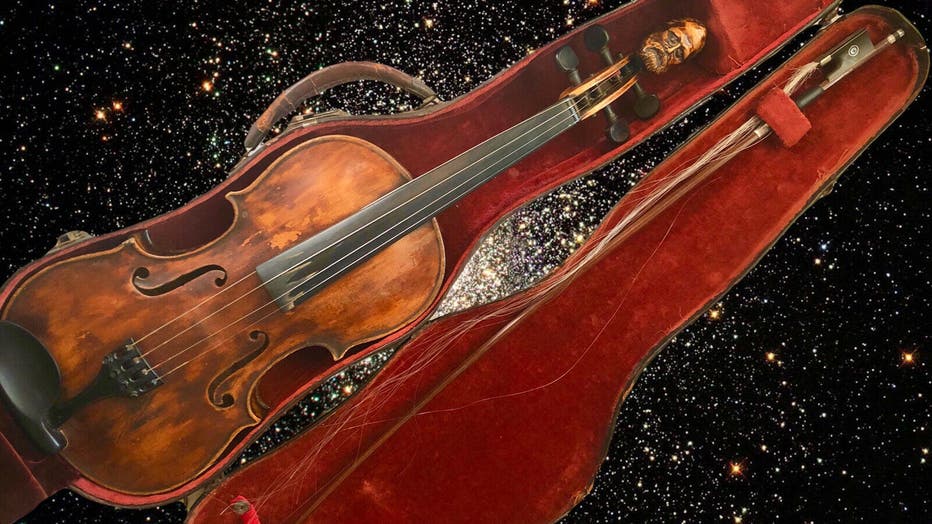 Rare violin stolen in Martinez in 1986 has been found, the family of Loal Davis said. Family members now plan to reunite the heirloom to its rightful owner. (Gregory Gast)

"She sent pictures to her father, thinking it would amuse him that a violin LIKE his was possibly worth that much money," Gregory Gast said.

It didn't take long for her father to react. "He called her and said, ‘That's my violin!’" the son-in-law shared with KTVU. Gast said that his father-in-law was extremely excited as he pointed out identifying markings that he himself had put on the instrument, along with other specific features that he remembered.

The son-in-law said that many of the details matched those seen in an old photo of Davis as a 14-year-old posing with the violin in hand.

It was an incredible moment and one that quickly triggered efforts to recover the lost heirloom.

The family learned that the sellers ran an antique business called Buy the Way Artiques, located in Concord. The violin had not traveled far from where the instrument was last seen. So the family reached out to the Concord Police Department for help.

Gregory Gast said that investigators started by putting a 90-day hold on the sale of the violin to allow Davis to locate the original police report and insurance payout from 1986.

"We needed proof that it had been stolen before the police would recover it for us," Gast explained. Unfortunately because it had been so long, the family was unable to locate any of the paperwork.

So they took the next step in their effort to try and get the instrument back. "The only option for us was to speak with the current owner," Gregory Gast explained, which proved to be a move that demonstrated kindness from a stranger, understanding, and a will to help.

Upon learning about the history and sentimental value of the piece, the seller didn't ask for proof that the instrument once belonged to the Davises but went ahead and agreed to sell the instrument back to the family, not for the asking price but just a small fraction of it: $2,500 to cover the cost of what she spent on it.

Gregory Gast characterized her as the hero in this story of loss and recovery. "She’s a super sweet lady," he said, noting that it was likely not a financially easy decision to make. "I know that their antique business is struggling in the pandemic," he said.

The Gasts were now preparing for a trip to the Bay Area this weekend. They’re set to meet with the seller on Saturday to retrieve the beloved instrument that was long believed to be gone for good.

After retrieving the violin, Gregory Gast said the plan would be to fly out to St. Louis in the next couple of months to place the family artifact back in the hands of its rightful owner. "It will be a special moment," he said.

For now, he and his wife were taking it all in, celebrating all that had happened so many years after the loss of an heirloom that meant so much.

"It was a deep wound in the family for decades," Gast shared, but now, as he reflected on these events that have recently unfolded, he said, "This will be a beautiful way to start the Christmas holiday."