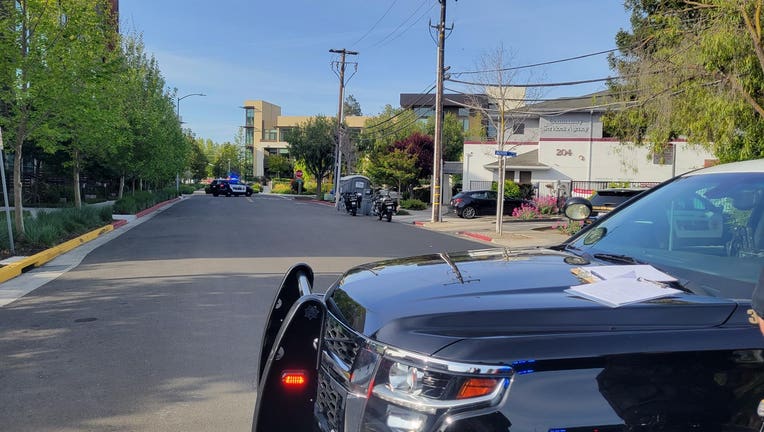 An individual involved with a burglary at the CSA has barricaded themselves, Mountain View police said.

MOUNTAIN VIEW, Calif. - A man who barricaded inside Mountain View's Community Services Agency on Wednesday was arrested on suspicion of burglary, police say.

Police said they were grateful the incident was safely resolved with help from crisis negotiators. Officials said police responded to the 200 block of Stierlin Road just before 7 a.m. on reports of a burglary with a potential suspect inside the building.

Police said they set up a perimeter and learned a man was inside the building. They called the negotiators. A CSA employee was able to establish communication with the man who was identified as 38-year-old transient John Rivera. The CSA worker said she had helped him with CSA services in the past.

Police said the man exited the building, but that when they tried to detain him, he began resisting and tried to re-enter the building. Police said they used a Taser on Rivera to prevent him from getting back into the building. He was not injured, but they said he was taken to a hospital for a precautionary evaluation.

Rivera will be booked into the Santa Clara County Jail for charges of burglary and vandalism.

"I am proud that we have a robust team of highly trained crisis negotiators who take such care and consideration on calls like these," said Chief Chris Hsiung. "Every moment matters in these instances, and our goal always is for a safe resolution."

No officers were injured from this incident.