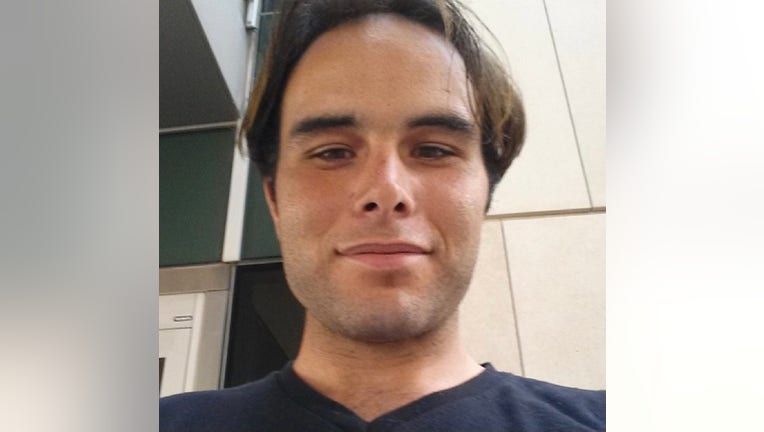 DUBLIN, Calif. - A man who killed himself at Santa Rita Jail last month took his own life with bedsheets while housed in a mandated coronavirus quarantine, according to documents obtained from the Alameda County Sheriff's Office.

Jonas Park, 33, who his family said struggled with drug addiction and mental illness, died by suicide on Feb. 9 in Housing Unit 23, a  quarantine unit designated for newly booked inmates.

Park was the first suicide in 13 months at Santa Rita and the first in-custody death of the year and jail supervisors have worked hard toward better aiding those with mental distress.

And while Park had known substance abuse problems, his mother and a civil rights attorney question whether more could have been done for him - including sending in a mental health counselor, giving him more free time out of his cell and making sure he could call his relatives - knowing his mental state and family history.

"This is so surreal," Park's mother, Terri Williams Park, told KTVU. "He would always call me in jail. I believe if he had been able to call me, he wouldn't have committed suicide."

There is no mention of why Park took his life in the six days he had been at Santa Rita after being arrested in Emeryville on Feb. 3 on three bench warrants, which his mother said likely are related to burglary and drug charges. There is also no mention of whether it was deemed at intake whether he had a proclivity toward suicide or mental illness or that his brother had died six months earlier of a drug overdose, according to the documents and an interview with his mother. His mother did say the coroner told her that her son mentioned he was undergoing drug withdrawal at intake.

Williams Park said Jonas Park had never mentioned wanting to kill himself but was obviously heartbroken about the death of his brother. She said that both of her sons struggled with drugs and that mental illness runs on both sides of the family.

However, the documents released do reveal that people in this quarantine housing unit are allowed out of their cells for just 30 minutes a day, which they can use to shower, make phone calls or watch TV. The documents state he refused recreational time on Feb. 7, for an unknown reason.

The documents also show that Park had been banging on his cell door, upset that he hadn't been given a tablet for three days. A deputy ended up giving him one on the day he killed himself. A tablet is often the only way people can call or communicate with their families while in quarantine. Once he got the tablet, it appeared as though he was having challenges getting it to work because the PIN code was giving him trouble.

Kara Janssen, an attorney suing the jail over mental health and isolation issues, noted that a half-hour of rec time is not a lot. It is less time than incarcerated people get if they are housed in the restrictive Administrative Separation units.

"Half an hour is an incredibly low amount of time to be let out of your cell," Janssen said on Friday. "If you're depressed or have any history of mental illness, I have no doubt this would contribute to someone killing themselves."

Janssen said she understands that restrictions must be tight in jail to prevent the spread of the virus, but she also said that a coronavirus quarantine shouldn't be punitive. There must be a way to give people more recreational time and also adhere to virus safety protocol, she said.

Janssen also said that given the fact that Park's brother recently died, she would have expected deputies to conduct a thorough intake when Park was booked and then send a mental health counselor in to check on him while in quarantine. If either of those things occurred, neither were reflected in the incident report.

Sgt. Ray Kelly, a spokesman for the jail, referred follow-up questions seeking an additional explanation to a captain, who didn't immediately respond for comment.

The issue of suicide is the subject of a 2018 federal lawsuit, where Janssen's firm, Rosen Bien Galvan & Grunfeld, alleges that people with psychiatric disabilities are being held in isolation cells for 23 to 24 hours per day with little or no treatment, resulting in deaths and "terrible suffering," conditions that can serve as powerful contributing factors for people who already are mentally fragile.

Counsel for the Sheriff's Office and Rosen Bien Galvan & Grunfeld attorneys been meeting regularly for more than two years to negotiate solutions to this issue so as to avoid a trial. Part of the lawsuit has evolved to address issues pertaining to the curtailing of the coronavirus as well.

There have been several coronavirus-related reforms and improvements made as a result of this litigation.

The Alameda County Sheriff's Office has been updating positive cases and vaccination rates on its website to provide transparency, mask regulations have been put into place and jail officials have also created a COVID Compliance Unit. There are more deputies on hand to conduct suicide watches, as well. And the year 2020 saw no suicides at Santa Rita.

Williams Park, a pychiatric nurse, said her son had moved from Florida out to the Bay Area to be with a girlfriend and that she often lost touch with him. He had struggled with drugs for most of his adult life and told her several years ago that he heard voices in his head. He had never had a real job, she said, and often resorted to criminal activity for money.

"But he would always call me when he was in jail," she said. "I was his support system."

But Williams Park didn't hear from her son when he was booked at Santa Rita.

She said the only call she got was on Feb. 10, when someone from the Alameda County Coroner's Office alerted her about his death.

And though it's unclear exactly what Park was thinking about in his last moments, even the sheriff's reports indicated he had a deep love for his family.

The reason he was so upset about getting a working tablet in his cell was that he really wanted to call his mother.

"I need to get f---ing out of here," the documents state.