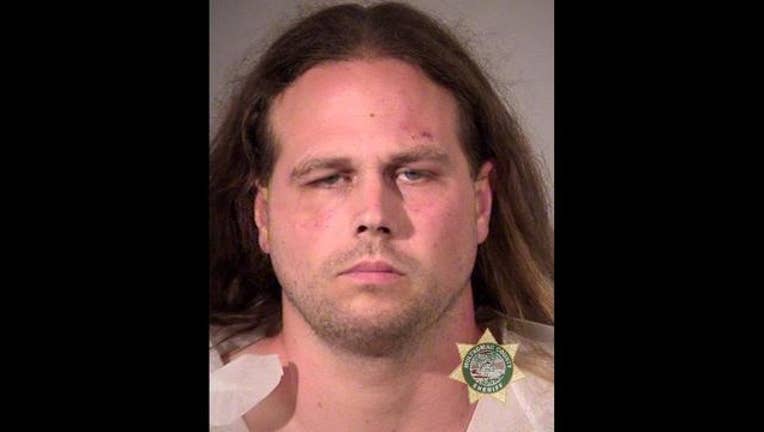 2 people died in a stabbing in Portland after a man yelled racial slurs at two young women who appeared to be Muslim.

PORTLAND, Ore. (AP) -- Two people died Friday and another was hurt in a stabbing on a Portland light-rail train after a man yelled racial slurs at two young women who appeared to be Muslim, one of whom was wearing a hijab, police said.

Officers arrested a man Friday afternoon who ran from the train, The Oregonian/OregonLive reported (https://goo.gl/PKo777 ). Police were still working Friday night to identify the man and the people who were attacked.

Before the stabbing the assailant on the train was ranting on many topics, using "hate speech or biased language," and then turned his focus on the women, police Sgt. Pete Simpson said.

"In the midst of his ranting and raving, some people approached him and appeared to try to intervene with his behavior and some of the people that he was yelling at," Simpson told The Oregonian. "They were attacked viciously."

One person was dead at the scene and another died at a hospital, Simpson said. The third person was taken to a hospital with non-life threatening injuries.

It wasn't clear why the man was yelling, Simpson said.

"He was talking about a lot of different things, not just specifically anti-Muslim," Simpson said.

Police don't know if the man has mental health issues or if he was under the influence of drugs or alcohol at the time.

The attack happened on a MAX train as it headed east. A train remained stopped on the tracks at a transit center which was closed while police investigated.

Evelin Hernandez, a 38-year-old resident of Clackamas, Oregon, told the newspaper she was on the train when the man began making racist remarks to the women. A group of men tried to quiet him and he stabbed them, she said.

Simpson said the women understandably left the scene before police were able to talk with them but that they would like to hear from them to help fill in what happened.

"It's horrific," Simpson said. "There's no other word to describe what happened today."

Millions of Muslims marked the start of Ramadan Friday, a time of intense prayer, dawn-to-dusk fasting and nightly feasts.