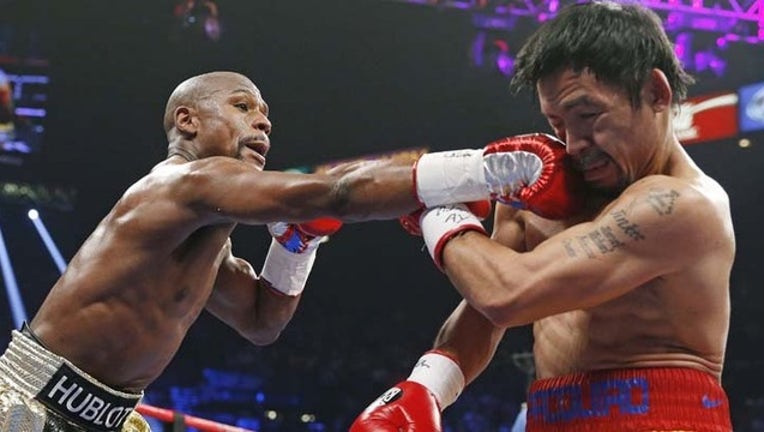 NEW YORK (AP) — It should have been a proud moment for TV: drawing in millions of viewers willing to pay big money for a much-hyped sports event, while at the same time showing the clout traditional media still holds.

Instead, the broadcast of Floyd Mayweather-Manny Pacquiao fight in Las Vegas was marred by technical snafus and got sucker punched by Internet streamers, exposing the industry's vulnerabilities.

An estimated 3 million households were expected to buy pay-per-view access to the fight at nearly $100 a pop Saturday night. But the heavy demand created problems for some cable and satellite TV subscribers who tried to order it at the last minute, delaying the start of the fight.

And it popped up, unauthorized, on new services like Twitter's Periscope and Meerkat, where people used the video function on their smartphones to relay the broadcast directly to the Internet.

It's a sign of how comfortable people are getting watching video on small screens from new types of platforms and providers, whether it's Periscope, Snapchat or Netflix. It also shows how common piracy is in the entertainment industry and how difficult it is to contain.

But it doesn't necessarily mean there's going to be a mass exodus from cable, right now, or that millions wouldn't pay up to watch another big event.

"There's lots of reasons why people cut the cord. I don't think Periscope is going to be one of them," said Chris Sprigman, a law professor at New York University and expert on copyright and intellectual property.

Experts said it isn't likely that someone willing to pay for the fight would instead settle for a lower-quality stream that might get shut down at any time. Given that, the companies behind the event's telecast may not have lost much money to the streamers, they said.

HBO and Showtime have not yet said how many people paid to watch Saturday night's fight.

They were obviously concerned in advance about other outlets showing the fight. CBS, the owner of Showtime, and Time Warner-owned HBO had already gone to court to block websites BoxingHD.net and SportShip.org from airing it. HBO has previously criticized Periscope over "Game of Thrones" streaming.

Streaming an event without permission could get you in trouble, said Eric Goldman, a law professor at Santa Clara University School of Law and director of the school's High Tech Law Institute.

But the viewers of those streams? "That's a much harder legal argument," he said. According to him, a case a few years ago called Flava Works v. Gunter suggests that viewers watching a stream are not legally infringing.

Dan Taylor, a 24-year-old who works in digital marketing in England, said Monday that he isn't worried about legal ramifications. He said he wasn't willing to pay to watch the fight to begin with, but was listening to it on the radio before he stumbled on a Periscope stream with thousands of watchers.

As for Periscope and Meerkat themselves, if they comply with a law called the Digital Millenium Copyright Act and take down the content that copyright holders request, they're not liable, Sprigman said.

"Members of the Periscope team were on staff Saturday night working to disable streams of the fight. We were able to respond to takedown requests within minutes," said spokeswoman Lauren Jones in an email. "We received 66 reports from right holders. We took action on 30, the remaining streams had already ended or were no longer available." She said the company was working to make sure it had the tools to react quickly to people uploading prohibited content.

"And the winner is ... @periscopeco," he posted Sunday, without directly referring to the fight.

Some argued that fighting streams of live sports is wrongheaded from a business perspective.

"People are going to have to realize that user-generated content is really amplifying the excitement and hype around the event," said Joel Espelien, an analyst at research firm The Diffusion Group. "A zillion people at a soccer match tweeting, posting photos on Instagram, it's good for the match."

And live video through phone apps isn't that different, he said. "Video will play a larger role in how people personally share user-generated content at events."