The parents of the young boy killed by a rolling fence at a private school in San Rafael are speaking out about their family's tragic loss. They tell KTVU's Debora Villalon that they will honor their little boy by informing other families about dangers such as this.

SAN RAFAEL, Calif. - Alex Quanbeck, at age 7, was the heartbeat of his family, his parents say.

He loved the Beastie Boys, Christmas Nutcrackers, crystals, and mischief.

Most of all, he loved his parents and 3 siblings and told them so often.

"Before he started his day he wanted to crawl in bed with you," said father Eric Quanbeck.

"And he wanted so many kisses," added mother Dayna Quanbeck, "he just had a huge heart." 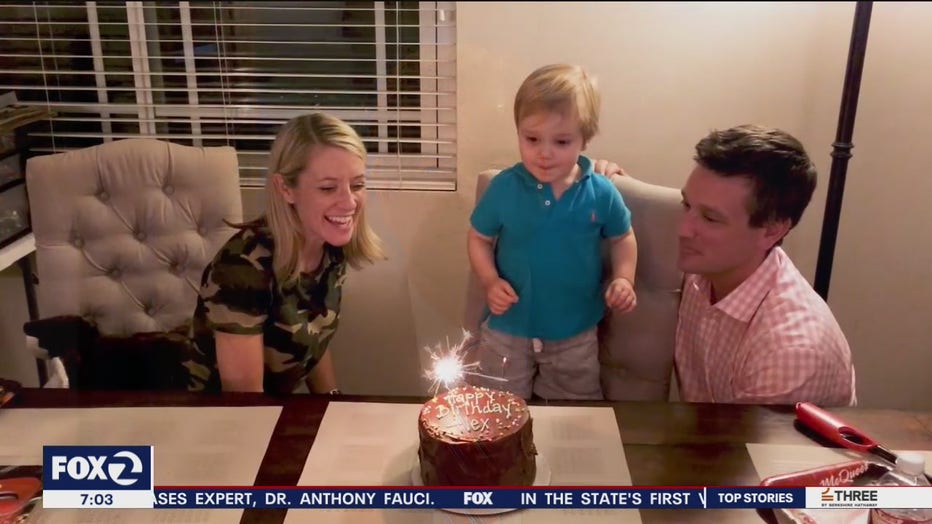 The Quanbecks have waited 18 months to talk about their beloved son, who died on a school playground in San Rafael.

"I couldn't comprehend that something happened to him in the middle of a school day," said Eric, remembering the moment.

"The shock overwhelms you getting a phone call saying you need to get to the hospital, we don't think your son's alive."

Alex, a first-grader, had been playing ball during recess with friends. 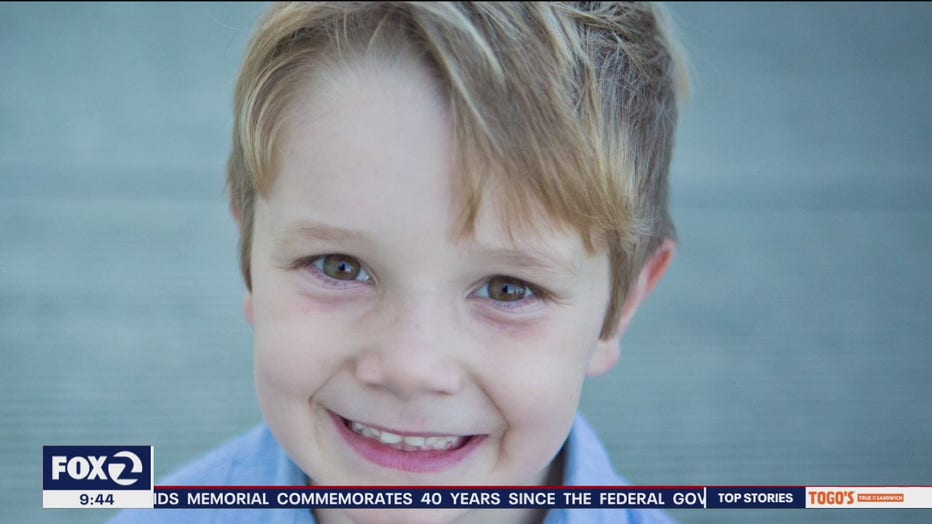 He tried to close a rolling metal gate to keep the ball on the playground and the gate fell off its runner.

It crushed Alex with its 400 pound weight.

The campus is adjacent to Terra Linda's Kaiser Hospital, and ER staff tried but could not save him.

"I knew when I got there, everyone was so pale and they were all crying, even the doctors," recalled Eric.

"And a doctor told me he died instantly, he did not suffer."

This week, the couple agreed to a confidential settlement with the private Mark Day School, which issued a statement saying it "accepts full responsibility" for the failure of the gate.

"We now know, and deeply regret, that this tragedy was preventable," it continues.

After Alex's death, his parents learned the 30-foot gate had malfunctioned before. 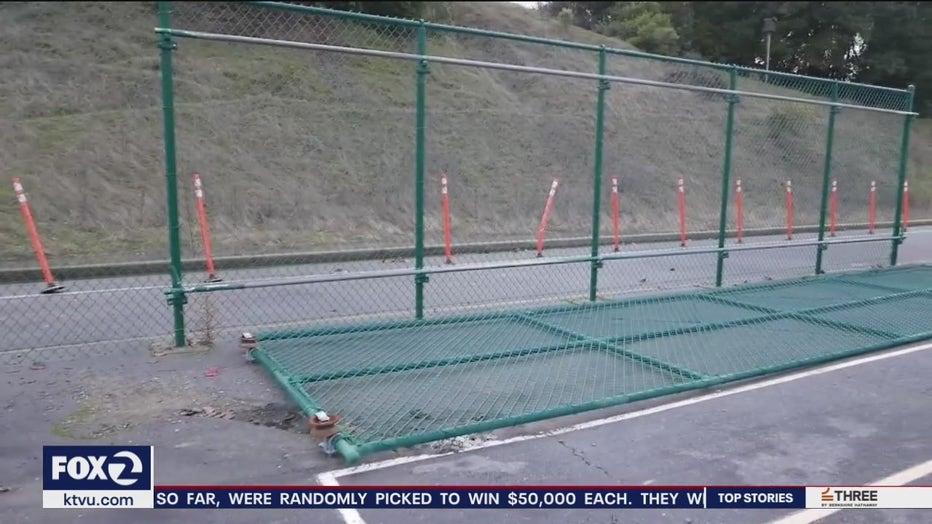 The rolling gate that killed 7-year-old Alex Quanbeck at his school in San Rafael.

"One month earlier, it fell and was put back up and reported to an individual at the school, but there was no follow up," said Eric.

That knowledge stunned and angered his grieving parents.

"I'll never forget the phone call informing me that the gate had fallen before," said Dayna.

"He should still be here with us, this was not a freak accident, this was preventable, and a call to action. "

This fall, the Quanbecks will launch a non-profit safety organization to raise awareness of hazards impacting children.

"What we're finding is a lack of consistency and standards across schools," said Dayna, "and not just schools but recreation centers, parks, and other attractions."

When the cantilever gate failed the first time at Mark Day School, students in a physical education class saw it happen and told teachers.

They notified the facilities director who "did not take necessary action", the school admits.

That person is no longer with the school.

As part of the settlement with the contractor, past customers with similar installations must be notified about the need for safety posts on rolling gates to prevent them from toppling.

An inspection might have detected problems with the 6 year-old-gate, but the school admits it failed to get a permit from the City of San Rafael.

The combination of errors are why the Quanbecks want more diligence and oversight wherever children gather.

"It's a mindset and a culture that should resonate," said Eric, "so people don't fall into that trap of thinking someone else is taking care of it."

The couple's initiative is called The Hummingbird Alliance, named for the bird both Alex and his mom were fond of.

"I told him once, if anything ever happens to me, whenever you see a hummingbird, know that I am with you and thinking of you," recalled Dayna.

"And later he told me he would be the same, but a baby hummingbird."

The family has moved from Greenbrae to San Francisco, settling in a new house without such painful memories. 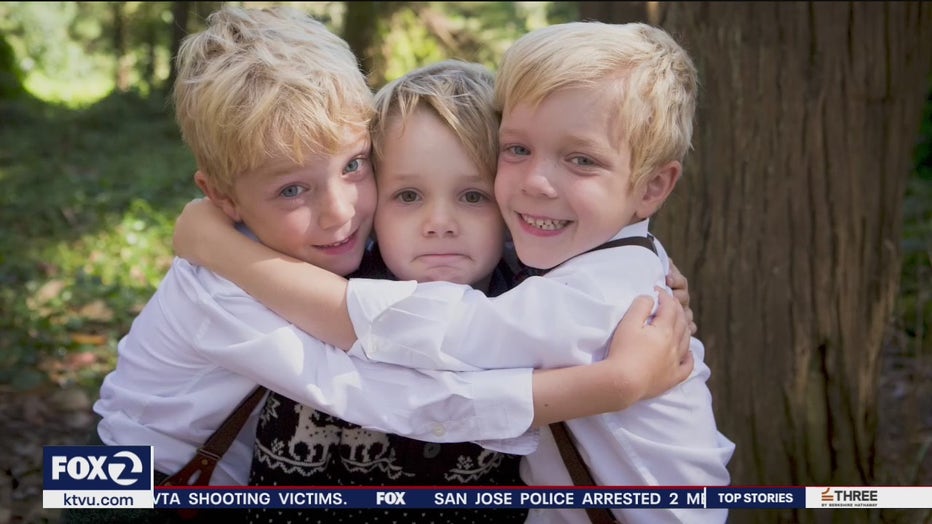 Twins Ethan and Elliott with their younger brother Alex.

Still, twins Ethan and Elliott, 10, deeply miss the little brother who used to organize their adventures.

"They thought of themselves as triplets," smiled Eric.

"And Alex used to have all the fun ideas, the great ideas, the crazy ideas," added Dayna.

Alex also doted on his baby sister Abigail, 2, and she also feels his loss.

"Sometimes she will see a young boy who looks like Alex and say 'I found him, I found him,'" said Dayna sadly.

The family says community support and compassion has helped them gain the strength to share their story. 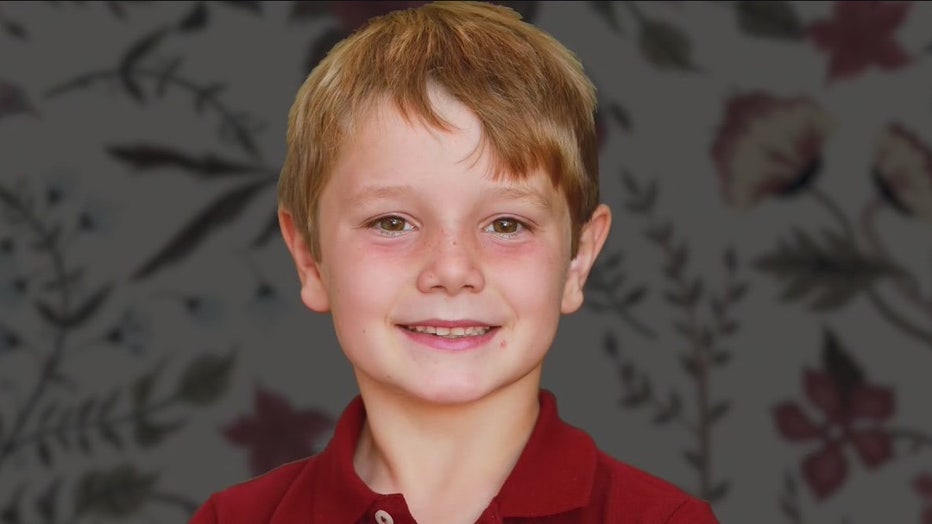 "I remember the coroner coming to our house and crying with us because his stocking was hanging up," said Dayna.

Eric sometimes returns to the Mark Day School campus, to reflect on his son's last moments.

"I sit where he died and I go because that's where I feel like I can tell him that I miss him," said Eric, "and our goal going forward is that no other family gets that phone call."

When the Quanbecks cleaned out Alex's room they were amused to find, stashed under his mattress, his leftover Halloween candy, which they thought he'd thrown away.

Wrappers too, to avoid having his late-night snacks discovered.

"Smart, he was smart," chuckled his parents, remembering the loving boy, still the heartbeat of his family.

Click here to learn more about The Hummingbird Alliance.