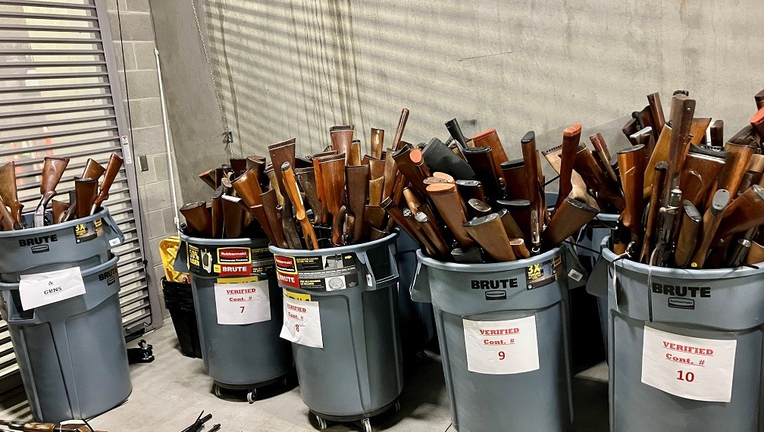 SAN RAFAEL, Calif. - A gun buyback in Marin County over the weekend yielded slightly more than 550 weapons, police said Thursday, and those who turned them in received a total of about $50,000.

San Rafael Police Lt. Dan Fink said 193 handguns, 201 rifles and 149 shotguns were turned into the event, hosted on Saturday, with the help of all the law enforcement agencies in Marin County along with the Marin County District Attorney’s Office.

Of those weapons, Fink said 28 had qualifying characteristics to label them as assault weapons, seven others were illegal because of shortened barrels or stocks, four were ghost guns containing no serial numbers brand or models and two weapons had their serial numbers filed off.

An estimated 11,000 rounds of ammunition were also turned in, he said.

According to a survey filled out by 55 of the participants, 83% of the people lived in Marin County and 76% turned in a gun because they didn't want one at home. Roughly 27% of the people said they handed over a weapon for the cash.

The county offered $100 for every handgun, rifle or shotgun. Gun owners received $200 for any semi-automatic or assault rifle, no questions asked.

The last gun buyback in Marin County was in 2016, when officials collected about the same number of guns: 500.

Leaders began planning for another event in late 2019, but COVID-19 protocols put those plans on hold.

According to the Centers for Disease Control and Prevention, gun-related homicides rose 35% from 2019 to 2020.

On Wednesday, the House passed a wide-ranging gun control bill in response to recent mass shootings in Buffalo, New York, and Uvalde, Texas, that would raise the age limit for purchasing a semi-automatic rifle and prohibit the sale of ammunition magazines with a capacity of more than 15 rounds.

San Rafael Mayor Kate Colin said those events are reigniting a conversation about guns at home.

"The events of the past couple of weeks have really underscored the importance of that," she said at the event. "People don't want them in their homes."

Other jurisdictions have been doing gun buybacks, too. On the Peninsula, the San Mateo County Sheriff's Office recovered 400 guns, the same number recovered in Santa Clara County.

Fink said the weapons will be incinerated or shredded at a company called Covanta in Crows Landing, Stanislaus County.

The effectiveness of gun buybacks has been debated.

Early research on gun buybacks in the 1990s largely finds these programs don't do much to curb gun violence.

An estimate from the Institute of Labor Economics, puts the cost of a national buyback program aimed at the types of handguns most often used in violent crime at $7.6 billion. 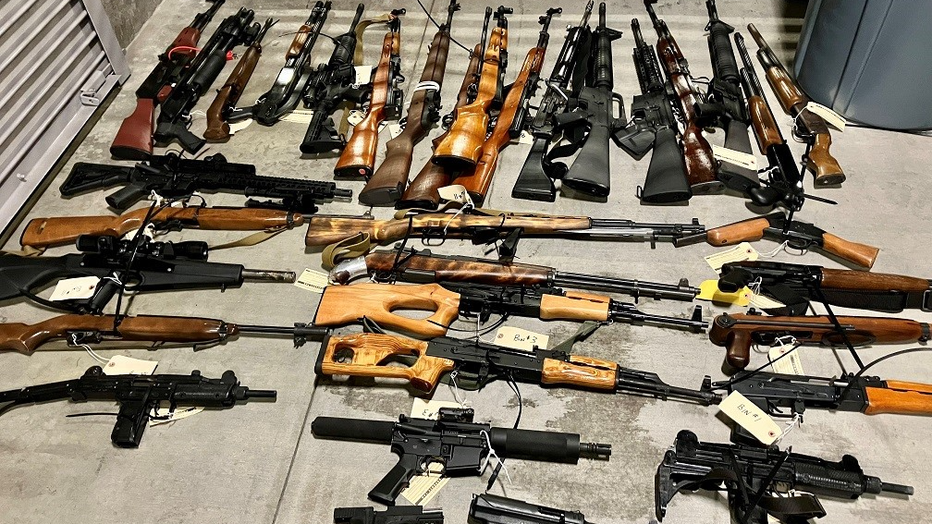