The dead whale was discovered Wednesday morning after it washed ashore at Crissy Field in San Francisco.

ANGEL ISLAND, Calif. - The Marine Mammal Center is preparing to perform a necropsy on a dead whale in the San Francisco Bay, a spokesman confirmed with KTVU. 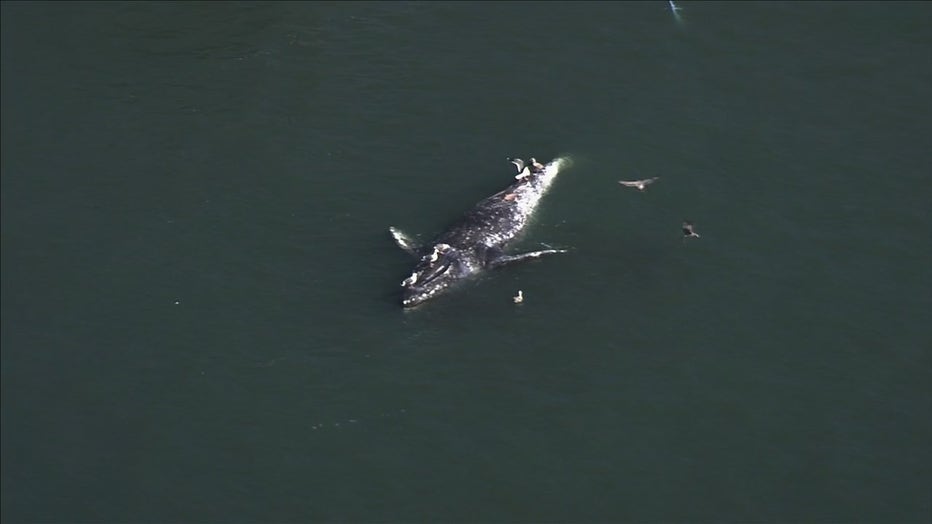 The US Amry Corps of Engineers is currently towing the whale to Angel Island where a necropsy will be performed in the days ahead.

Marine Mammal Center spokesman Giancarlo Rulli has identified the whale as a large grey whale, but hasn't been able to provide an approximate age or gender.

It was not immediately known if the whale was struck by a vessel, something that has happened several times in the Bay waters over the past couple of years.