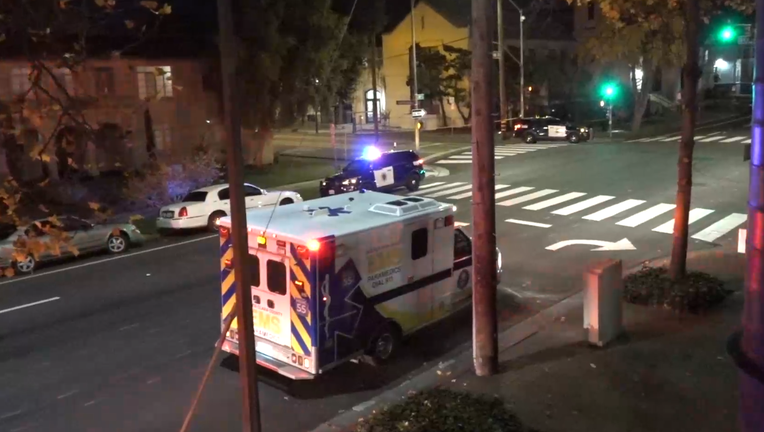 The mass stabbing at a San Jose church that left two people dead and three others woundedcould have been prevented if it were not for an "ill-conceived" immigration policy and other mistakes, Mayor Sam Liccardo said Friday.

Liccardo said the knifing at the Grace Baptist Church allegedly by a suspect who'd been deported three times and convicted of violent offenses proved the county's sanctuary policy was a failure.

"Several days removed from this horrible tragedy, we cannot avoid the conclusion that all of this was preventable," he said in a statement.

Fernando Lopez, the suspect in the church attack, was on probation for a 2020 domestic violence conviction when he was arrested again in June for a new domestic abuse accusation. A judge allowed Lopez to be released without posting bail.

Immigration and Customs Enforcement issued a detainer request for Lopez in June, but the county did not respond with information about his release.

"Despite the suspect's extensive and violent criminal history, and pursuant to a County’s ill-conceived policy, the County declined to notify ICE of the suspect's imminent release in June," Liccardo said Friday. "As a result, he was back on the streets of San José."

The state's law that forbids cooperation with federal immigration officials except in certain "severe" cases is "a sensible approach,” Liccardo said.

Other "system failures" played a role in leading to the stabbing, including services for people who are addicted to drugs or homeless, according to Liccardo.

The attack took place Sunday night as the church had opened its doors as a shelter for members of the homeless community.

The man and woman who died were unhoused. A volunteer in the church's shelter was badly wounded. Lopez had a history of drug use, according to authorities.