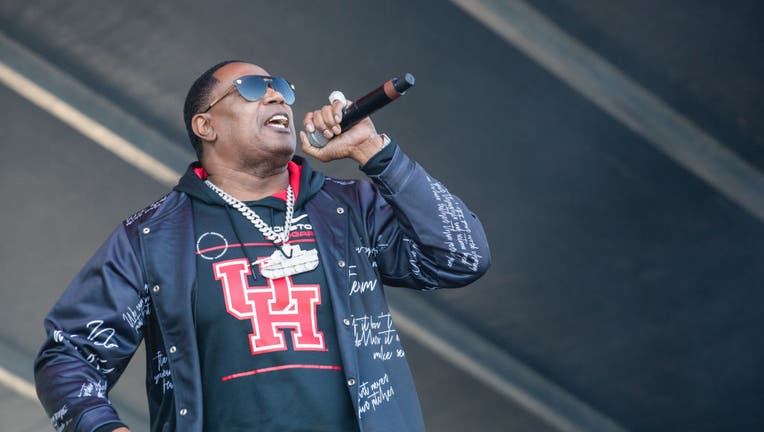 NEW YORK - Rapper and entrepreneur Master P is opening up about the death of his daughter, Tytyana Miller, who died from a drug overdose.

The 29-year-old died in May 2022. Master P announced her death shortly afterward on social media.

"Our family is dealing with an overwhelming grief for the loss of my daughter Tytyana," the "Bourbons and Lacs" artist said in an Instagram post. "Mental illness & substance abuse is a real issue that we can’t be afraid to talk about. With God, we will get through this."

In a recent interview with "CBS This Morning" Master P— whose name is Percy Robert Miller, Sr.— opened up about the tragedy.

"It's hard. Coming from poverty, you would think that you would outlive your kids and that was the mission," Miller told anchor Gayle King. "I feel like, going to my daughter's funeral, I went to my own funeral."

But Miller said her death will serve as a catalyst for a new mission.

"I said, 'I'm gonna turn my pain into passion and I'm gonna turn it into a purpose because I can’t get my daughter back.' I love her and think about her every day, and it took me and my family to go through something that I just can’t stop thinking about but I realize that I have to get out here and help and save other kids," he said.

The media mogul says he wants to partner with doctors to raise awareness about drugs.

He encourages parents to talk openly about children who are struggling with drugs and mental health.

"Don’t hold this as a secret," he added. "This is affecting people internationally."

Tytyana is one of Miller's six children with his estranged wife, Sonya Miller, popularly known as Sonya C. She had previously discussed substance abuse issues on her family's reality show, "Growing Up Hip Hop," according to TMZ.

A law enforcement source told TMZ that authorities arrived to the Millers' California home when she was reportedly pronounced dead at the scene.

More than 107,000 Americans died of drug overdoses last year, setting another tragic record in the nation’s escalating overdose epidemic, the Centers for Disease Control and Prevention estimated in May.

The provisional 2021 total translates to roughly one U.S. overdose death every 5 minutes. It marked a 15% increase from the previous record, set the year before. The CDC reviews death certificates and then makes an estimate to account for delayed and incomplete reporting.

U.S. overdose deaths have risen most years for more than two decades. The increase began in the 1990s with overdoses involving opioid painkillers, followed by waves of deaths led by other opioids like heroin and — most recently — illicit fentanyl.

Experts say the COVID-19 pandemic has exacerbated the problem as lockdowns and other restrictions isolated those with drug addictions and made treatment harder to get.

Overdose death trends are geographically uneven. Alaska saw a 75% increase in 2021 — the largest jump of any state. In Hawaii, overdose deaths fell by 2%.

FOX News and the Associated Press contributed to this report. This story was reported from Los Angeles.