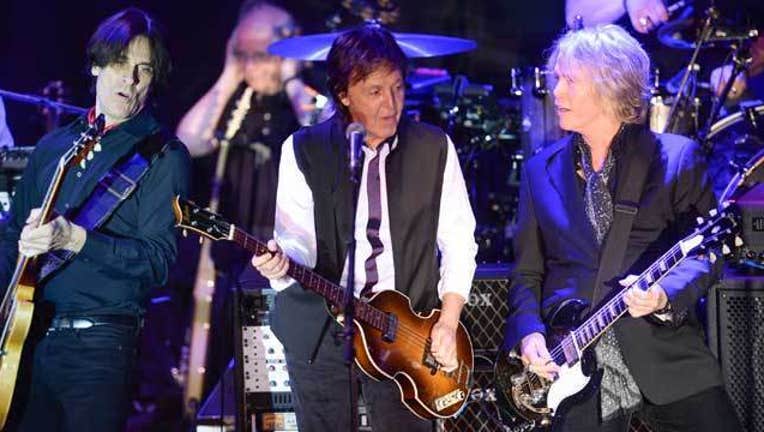 NEW YORK (AP) -- Paul McCartney is not lacking for love.

"Tonight is about love," he told his audience, as rose petals fell.

McCartney performed excitedly on guitar and keys, singing "Hey Jude," "Drive My Car," "Let It Be" and "Carry That Weight."

And he gave as good as he got.

"New York City, you have been fantastic tonight," he told his audience. "We love you."