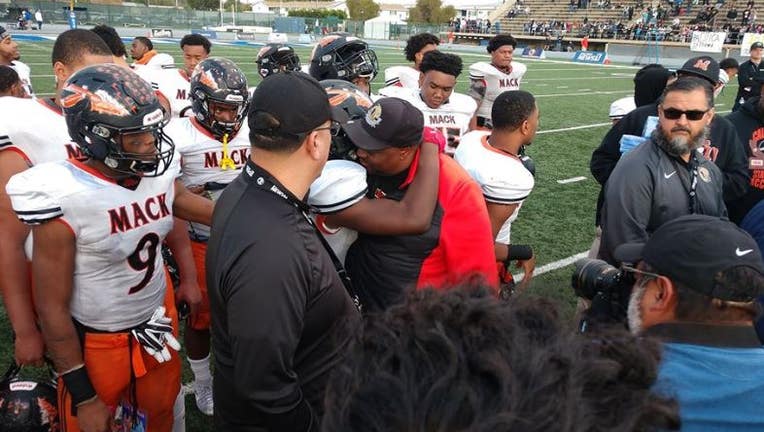 McClymonds High School loses to the Pacifica Tritons in the CIF Division 2-A Championship. Dec. 14, 2019

OAKLAND, Calif. - The fourth time is not a charm.

The McClymonds High School Warriors lost on Saturday against the Pacifica Tritons 34-6 in the California Interscholastic Federation Division 2-A Championship game in Los Angeles.

"They say all good things must come to an end," the Oakland Unified School District posted on Facebook.

The Warriors couldn't seem to get anything going on offense and they had trouble controlling the Tritons when they were on defense, the district wrote.

After the game, there was a lot of emotion, according to district spokesman John Sasaki. He said the coaches and players "supported each other through these unfamiliar waters - unfamiliar because the team had won three straight state championships."

Coach Michael Peters received by the runner up trophy, and the Tritons head coach received his team's first ever state championship trophy.

Even though McClymonds did not win a fourth consecutive championship,  the tiny school set in West Oakland did have a historical championship run, winning three previous state champsionships.