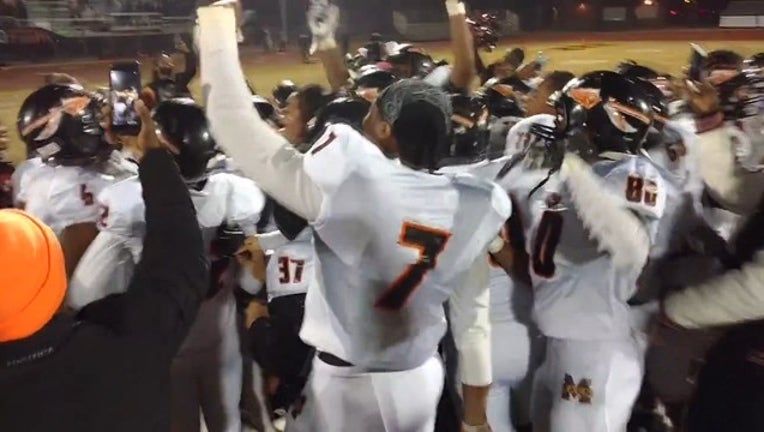 The McClymonds High School Warriors beat the Golden West High School Trailblazers of Visalia by a score of 42-12.

The championship is the second consecutive one for the Warriors. Last year they won the division 5A title, becoming the first Oakland Athletic League football team to win a state championship, according to school district officials.

The Warriors finished the season with a 14-0 record.

"This is the best team to come out of McClymonds," head coach Michael Peters said in a statement. Peters has been coaching Warriors' football teams for 26 years.