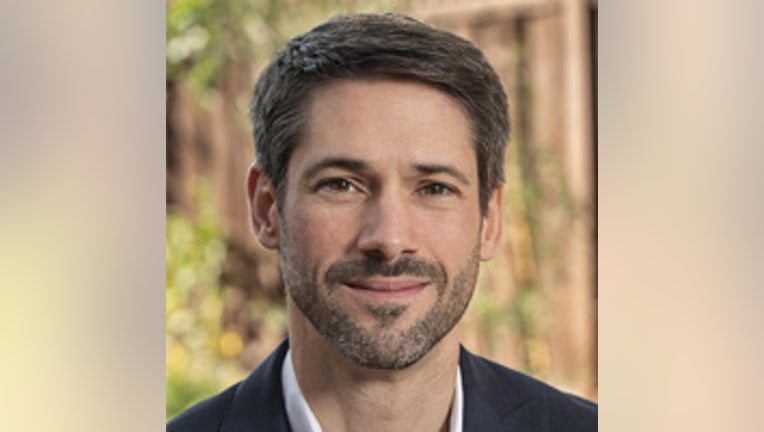 While the title will be updated soon, Mahan, who was sworn in on Dec. 29 and took the helm Sunday, isn't waiting around.

With a limited two-year term ahead of him, Mahan is building out his transition task forces to tackle key campaign issues such as homelessness, blight and crime.

He is preparing to announce his pick for vice mayor and chief of staff and laying out his vision for San Jose's future.

"I feel great, I'm ready to get to work," Mahan told San Jose Spotlight on Monday. "We have a lot of challenges, but also a lot of opportunities in San Jose. I'm just excited to finally be on the job."

Throughout the campaign, Mahan said he heard from residents constantly about the need to clean up the city's streets, reduce crime and address rising homelessness and the affordable housing crisis.

His first priority is preparing a March budget message with input from councilmembers and residents to address those problems.

"Probably the most important measure of our success in the first 100 days is whether or not we're able to keep the focus on those issues and bringing forward new solutions to them," Mahan said.

The transition groups will be chaired by a councilmember, and each will be charged with picking metrics to measure success on core issues. This will be posted on the city website so the public can track progress, Mahan said.

He emphasized during his campaign that the city should run more like a results-based business, and should tie salary raises to outcomes.

Having councilmembers lead the groups will help get their buy-in, Mahan said, which he'll need as he begins work next week with a council that largely supported his opponent, Santa Clara County Supervisor Cindy Chavez, in the mayor's race.

Mahan said he doesn't think it will be a problem to bridge gaps with the council, as he already worked collaboratively with many of those colleagues during his two-year term as a councilmember.

He'll also announce his pick for vice mayor this week, which will be put to a council vote on Jan. 10.

"All I want to see is that we act with urgency, we're willing to try new solutions and break from the status quo, and I want to find a vice mayor who is ready to lead with me and help bring the council together, and be pragmatic," Mahan said.

Homelessness and housing at the forefront

Another priority for Mahan is cleaning up the downtown core, a hotspot for homeless residents, and where many storefronts remain empty.

In the short run, Mahan said the city needs to focus on cleanliness and safety, with 24-hour blight response and police foot patrols.

That will help attract and keep businesses, including small ones and major employers like Google, which plans to bring thousands of employees, office space and homes to the area through its Downtown West project.

He said his focus on dealing with homelessness is to ensure the 1,000 interim homes the council approved last year under Mayor Sam Liccardo get built quickly and cost effectively.

Long term, he said the city, county and state need to work together to significantly expand addiction and mental health care services for homeless residents. He also said he'd be willing to try a sanctioned homeless camp pilot program.

Aiming to help produce more housing in downtown, the council, including Mahan, recently extended a policy to give major tax breaks and a waiver on paying affordable housing fees to developers building pricey downtown high-rises.

The exemption means the city loses out on potentially millions of dollars in fees it could use to build affordable housing or hundreds of below-market rate homes developers could build into projects.

Mahan believes the main issue is an overall lack of housing supply, and wants to do everything possible to keep costs down on development, especially in priority areas such as downtown, where only one high-rise has broken ground in the last five years.

"I understand when people criticize luxury condos as not being accessible to everyone, but the truth is, we need enough housing for each person who is working in our local economy," Mahan said.

Asked if he is worried the downtown could become a place where only wealthy residents can live, he said not at this time.

"Each of those (luxury) units for someone who is maybe working in tech at a higher income level, means that's one more person who can find housing at a price point they can afford, and one less person downstream in the housing market who's bidding up the prices of more naturally occurring affordable housing," Mahan said.

Affordable housing will need to be located throughout the city if San Jose wants to reach new regional housing targets set by the state.

The city is being asked to plan for just over 62,000 homes in the coming eight years, nearly 24,000 of which need to be reserved for lower-income earners.

Mahan said building more market rate housing will help strengthen a pipeline of affordable housing in the long-term as the stock ages.

He also wants to see the state, which eliminated redevelopment funds to help pay for affordable housing projects nearly a decade ago, continue to commit to funding lower cost homes.

Though Mahan said his time as a school teacher and the decade he spent building two companies as a tech entrepreneur has given him real-world experience to lead the city, there is a temptation to do too much at once.

"I think if you want to move quickly and be innovative, you've got to stay focused and build coalitions," Mahan said. "I will be much more focused on those core issues that affect everybody."