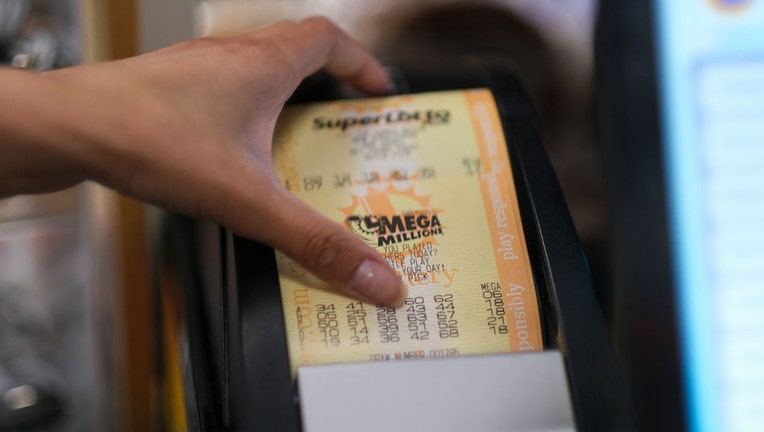 Or to put it another way, what’s up with all the massive lottery prizes?

The latest haul up for grabs is a $940 million Mega Millions jackpot, with a drawing set for Friday night. The prize ranks as the sixth largest in U.S. history.

That comes less than two months after a player in California won a record $2.04 billion Powerball jackpot. Players also won lottery prizes topping $1 billion earlier in 2022 and in 2021.

RELATED: Mega Millions jackpot jumps to $940 million after no winner

"It’s thrilling to see the Mega Millions jackpot grow throughout the holidays, and now, into the New Year," said Pat McDonald, the director of the Ohio Lottery who also leads the state lotteries overseeing the Mega Millions game.

But while it may seem the lottery gods are showering players with repeated chances at hard-to-fathom riches, the credit for the big prizes is actually due to math -- and more difficult odds.

The idea was that by making jackpots less common, ticket revenue could build up week after week, creating giant prizes that would attract attention and pull in more players who had grown blasé about $100 million or $200 million top prizes.

In August 2021, Powerball also added a third weekly drawing, which enabled the jackpot to roll over and grow even more quickly as people had more chances to play, and lose. Mega Millions has stuck with the two weekly drawings.

Thanks to those moves, nine of the top 10 largest lottery prizes have been won since 2017.

Of course, those uber-rich winners aren’t quite as wealthy as it would seem.

That’s because the advertised jackpots are for winners who agree to take their money over 29 years in an annuity. Winners almost always choose the cash option, which for Friday’s drawing would be $483.5 million.

One-third or more of those winnings would go toward federal and in some places, state, taxes.

Still, it’s a lot of money, and lottery players at the Riverside Red X, a large grocery and liquor store in Riverside, Mo., said it would change their lives forever.

Karol Palmer, of Parkville, said she would "pay off everything" and take care of her three children and seven grandchildren if she won the Mega Millions prize. The 80-year-old said she also would buy a house at a lake.

Alvin Brockington, of Kansas City, Kansas, said his priorities would be paying his bills, helping everyone in his family, buying a house for his mother and traveling. He said he has a sister in California whom he hasn’t seen for 30 years so he would take the entire family to see her, or fly her and other relatives to visit him.

"Then I would get down on my knees and ask God to lead me to the people who really need help," he said. "They say money is the root of all evil but it is really the person who has the money, what kind of person they are and what they do with it."

Brockington, a retired railroad worker, said he also plays other lottery games. Noting that the Powerball jackpot was also up to hundreds of millions, he laughed and said, "I’d take that. I’d take $1 million dollars from any game. I’m not greedy. Even that would help a lot."

Robert Bowring, 70, of Kansas City, said after sharing the prize with his family, he would find a good organization that would assist people who need help. Bowring said "everything is about sharing. If you have that much money, you have to spread it around."

Mega Millions is played in 45 states as well as Washington, D.C., and the U.S. Virgin Islands.