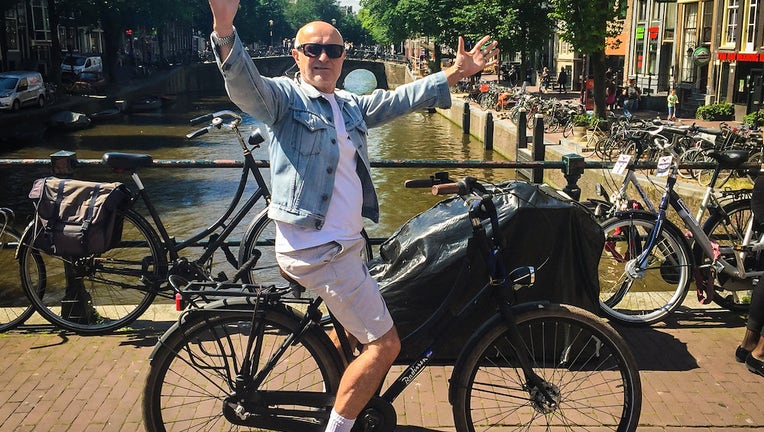 Mick Brigden, longtime manager for guitarist Joe Satriani and tour director for The Rolling Stones and many other artists, died Sept. 5 after an accident at his Santa Rosa home. He was 73. (Photo courtesy MJJ Management)

SANTA ROSA, Calif. - Mick Brigden, who managed guitarist Joe Satriani and directed tours for The Rolling Stones and several other major artists, died last week after an accident at his Santa Rosa home. He was 73.

A protege of Bill Graham, Brigden spent the last three decades managing Satriani. His long career included managing tours for The Rolling Stones and Bob Dylan, and working with artists like Peter Frampton, Van Morrison, Taj Mahal and Carlos Santana, according to an obituary posted on Brigden's website, MJJ Management.

"He was the ultimate music business mentor," Satriani said in a statement. "Honest, tough, nurturing, hardworking, respectful, tenacious, insightful, he was all of things and more. I learned so much about how to be a good person from Mick."

Bridgen died Sept. 5 after an accident occurred while he was taking care of something on his property, according to a spokesperson.

Born Nov. 4, 1947 in Southend On Sea, England, Brigden moved to Canada at 19 years old, according to his obituary. He worked in Toronto as a graphic artist before moving to New York after meeting Mountain's Felix Pappalardi in the late 1960s and becoming the group's road manager.

Mick Brigden, longtime manager for guitarist Joe Satriani and tour director for The Rolling Stones and many other artists, died Sept. 5 after an accident at his Santa Rosa home. He was 73. (Photo courtesy MJJ Management)

He met Graham in July 1969 at the Fillmore West and "fell in love with San Francisco," according to his obituary.

After working for Graham for seven years, in 1976 Brigden took over the management division of Bill Graham Presents, co-leading alongside Arnie Pustilink, who recently died of cancer on Aug. 20.

Following Graham's death in 1991, Brigden and Pustilnik joined 13 other employees of Bill Graham purchasing 90 percent of the company with the remaining 10 percent held by Graham's two sons. In the early 2000s, when Pustiknik's health began to deteriorate, he and Brigden sold the management business and Brigden opened MJJ with Satriani as his sole client.

After many years living in Marin Country, Brigden settled down in 2001 with his wife Julia in Santa Rosa.

He is survived by his wife Julia, son Jack, stepdaughter Jessica and grandson David Merz.

Memorial plans are pending. Brigden's family asks that any donations in Mick's name be sent to The Humane Society of Sonoma County.