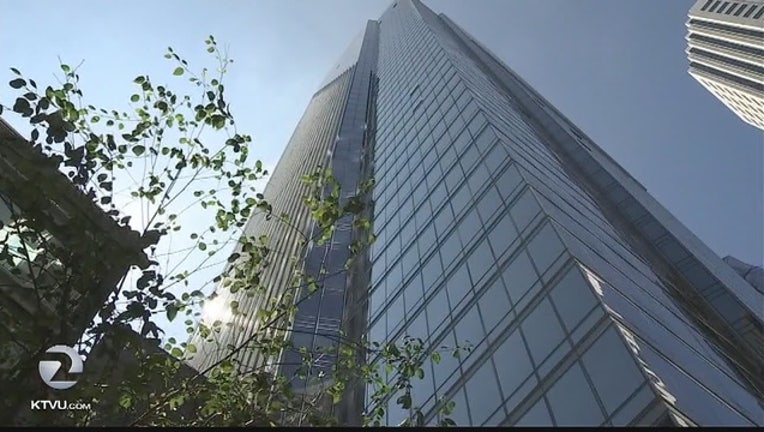 The Millennium Tower Association Center Board is filing the suit in San Francisco Superior Court against developer Millennium Partners, the Transbay Joint Powers Authority, whose work at a neighboring site might have contributed to the building's current problems, as well as various contractors, engineers, architects and others involved in the building's construction.

A number of lawsuits have already been filed by individual homeowners, the city of San Francisco and the developer since news broke last summer that the 58-story luxury high-rise at 301 Mission St. had sunk as much as 16 inches already, well over the settlement projected for the building's life span. The building has also developed a slight lean to the northwest.

Daniel Petrocelli, lead counsel for the homeowners association, said the group is the only one with the power to sue over common elements of the building such as the foundation and structural elements.

"This is the only lawsuit that exists for the purpose of securing all the money that it will take to fix the building and to fix it permanently, once and for all," Petrocelli said.

"Our goal is to make sure the homeowners, many of whom invested their life savings to purchase homes in this building, get what they deserve and what they believed they were buying, which is a safe and sound home they could live in for many years," Petrocelli said.

The lawsuit alleges that Millennium Partners knew about the building's settlement but withheld that information from the homeowners association, an allegation the developer denies.

PJ Johnston, a spokesman for Millennium Partners, said the developer has been working with the homeowners association to assess the problem and develop a fix, and is "disappointed and puzzled" by the lawsuit.

"This lawsuit is distracting the HOA board from pursuing the fundamental goal we must share: determining the best possible remedy for the building and implementing it," he said in a statement. "That should be our focus. It is certainly what the residents are asking for."

The news of the building's troubles have led to a round of finger pointing and allegations that the developer and others knew the building was sinking faster than expected even before units went on the market in 2009.
City Attorney Dennis Herrera filed suit against Millennium Partners last year alleging that they failed to disclose information about the problem to homebuyers.

Millennium Partners has denied those allegations, and maintains that the building's excess settlement is directly caused by excessive groundwater pumping at the Transbay Transit Center site next door, which began construction in 2010. The developer has accused the Transbay Joint Powers Authority, the agency responsible for the transit center, of withholding information about the groundwater removal.

The joint powers authority, in turn, has blamed the building's settlement on its design, which combines heavier-than-usual concrete construction with a concrete slab foundation and piles that go into sand rather than down to bedrock.

The city of San Francisco, which is a party to the joint powers authority, has also come under scrutiny for its failure to prevent the situation. Supervisor Aaron Peskin has held a series of hearings seeking to determine when Department of Building Inspection officials learned of the building's problems and why they did not take action sooner.

In the middle of it all are the homeowners, who are faced with depressed property values and uncertainty around the building's future. While engineering reports have so far indicated the tower is safe, the settlement issues could lead to long-term problems with building systems.

Steven Mayer, president of the homeowners association, said that he himself felt comfortable that the building was safe but noted that different property owners have different comfort levels. He said the uncertainty has been hard on residents.

"We would like to get this fixed so people can continue with their lives," Mayer said.