Millions spent on fixing Bay Area homeless crisis, but where does the money go?

Every year, the Bay Area’s three largest cities spend millions of dollars trying to house homeless people, but 2 Investigates found that a big chunk of the money doesn’t funnel down to programs and services that actually get people off the street. Brooks Jarosz reports

OAKLAND, Calif. - Every year, the Bay Area’s three largest cities spend millions of dollars trying to house homeless people, but 2 Investigates found that a big chunk of the money doesn’t funnel down to programs and services that actually get people off the streets.

In an effort to bring context and understanding to homelessness spending, 2 Investigates examined the 2018-2019 budgets for San Jose, Oakland, and San Francisco and found that funding doesn’t just go to getting those living in tents and on the street into permanent homes.

San Jose’s budget shows the city spent about $14 million on homelessness. Much of that money -- $12 million -- goes toward rental subsidies, administrative costs, and crafting plans for new affordable housing developments.

What’s left – about $2 million -- is directed toward running homeless shelters and providing clothing, food, and medical care to people without a home.

In Oakland, 2 Investigates found it’s much of the same. Nearly $24 million is set aside in the annual budget for homelessness issues, but only $4 million goes directly to help people living on the streets get into permanent housing. 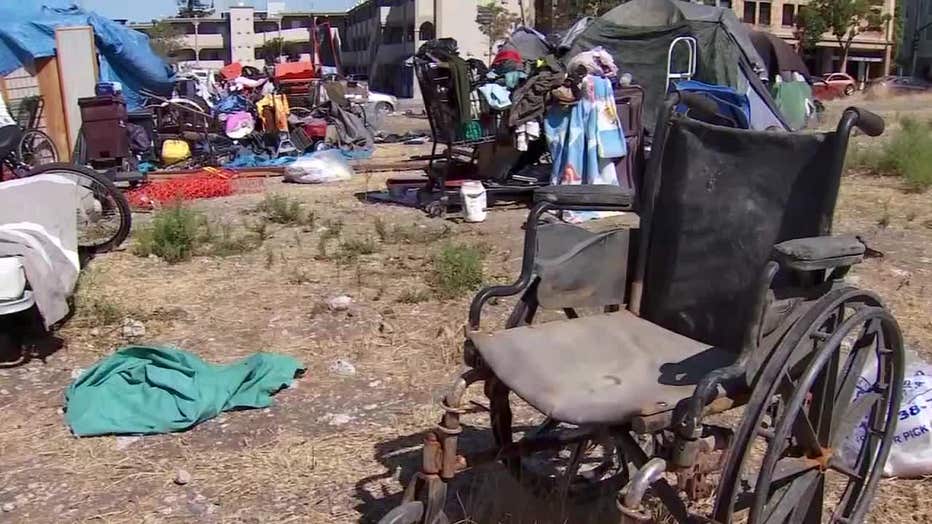 In San Francisco, the situation is better. The city sets aside about $285 million annually for dealing with the homelessness issues, and funnels about $104 million to direct services.

So what does all this mean?

A recent count of homeless people found there are more than 4,000 people living on the streets of Oakland, roughly 6,000 people homeless in San Jose, and about 8,000 homeless individuals in San Francisco.

If all of the money was being spent strictly on the visible homeless, the three biggest cities could house a third, half, or all of its homeless population.

However, studies and analysts would argue that’s not an approach that is a long-term solution and mostly a waste of taxpayers’ money.

“There could be really effective programs out there, but we wouldn’t know because we’re not seeing a world in which that money isn’t being spent,” said Rob Moore, an analyst who has studied the homeless problem in San Francisco.

“To see other people out here suffering, it kills me,” said homeless man Nino Parker of Oakland. “The money is not being directed to the people that deserve it.”

Moore said just throwing money at homeless programs, food, and clothing for homeless people isn’t going to stop — or even curb — the problem.

“If that spending wasn’t happening, the problem could be much, much worse than it is now,” Moore said. “Homelessness is a function of the housing market and that’s really where cities might not be making the best decisions.”

Moore said having a “housing first” approach proves to be the most effective way to reduce homelessness over time. This would mean loosening building restrictions and coming up with aggressive plans to provide affordable housing for all.

An analysis in Salt Lake City, Utah shows that city was able to reduce its homeless population by 90% using that approach, according to Moore.

“As far as getting help to the people who are in trouble right now, it’s not really going to be as effective as going straight to giving people housing and getting people connected with services that are going to stem chronic homelessness,” Moore said.