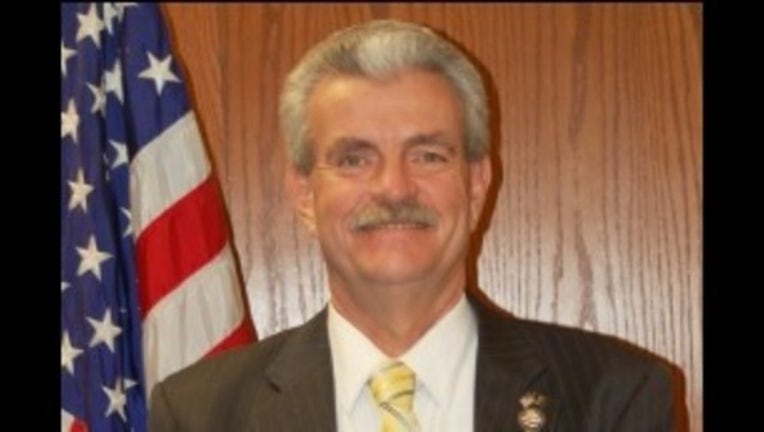 MILPITAS, Calif. (BCN) - The Milpitas Unified School District board president is "withholding further comment pending action to improve school safety," after extending statements of support for arming teachers and then retracting them.

Bobay put a caption asking for his friends' opinions on the concept, saying he was not opposed as a "gun guy" and thought with proper screening and training, "it may be an answer to our city who refuses to add additional resource officers."

Milpitas Unified School District spokeswoman Shannon Carr confirmed the post and the fact that there was negative feedback, but said that there were no parents of students present who commented on the happenings at the most recent board meeting that took place Tuesday night.

Bobay said that after "long and thoughtful discussion" with city leaders, district superintendent Cheryl Jordan and fellow board members at Tuesday's meeting, he was going to withhold from weighing in with final thoughts until the district and city work to come up with a solution for heightened security in the school system.

"That process will take several weeks and the district position is the position I expect to support," Bobay said. "Let's keep the discussion and make our schools safe."

In response to the portion of Bobay's Facebook post that accused the city of Milpitas of not supplying needed additional officers on school grounds, Mayor Rich Tran said that he was partially right.

"I'm not for arming teachers, however, Bobay is right about school safety," Tran said. "We need more school resource officers on campus."

Milpitas City Councilmember Anthony Phan's views were less complimentary. He said in a statement that the school district's original decision to discipline students for participating in the March 14 national walkout calling for stronger gun safety legislation was a disappointment to him.

"If these actions reflect the values MUSD believes in, then I will no longer support future city partnerships with the district, as they conflict with my personal values," Phan said.

The school district sent out a statement two days before the walkout stating that any student who participated in the movement by walking off campus would be penalized with an unexcused absence.

The next day, the superintendent reversed her prior comments and said that Milpitas High School staff had worked with the city's Police Department to hold a walkout from campus to their headquarters a few blocks away.

Phan's statement against the school district is rooted in more than just its initial plans for the walkout, but also with the action of allowing U.S. Secretary of Education Betsy DeVos the right to visit Thomas Russell Middle School in October.

"MUSD's priorities are made questionable when DeVos, who undermines public education, is embraced amidst public safety concerns, yet students are being punished for peaceful civil disobedience," Phan said in his statement.

The district superintendent brought forward a resolution draft supporting school safety as a discussion opener with the Board of Education, according to Carr. The resolution repeats language of standing in solidarity with students and ensuring they are free from physical and psychological harm at each campus.

The resolution states that the board will support developing safety plans for perimeter improvements, establish safety and violence prevention programs, support research coming from the University of
California's Violence Research Center established in June 2016, supporting programs that prevent violence in the community and increase funding for school staffing that support student mental health.

"I'm looking forward to making this proposal a reality, as soon as possible," the Milpitas mayor said.