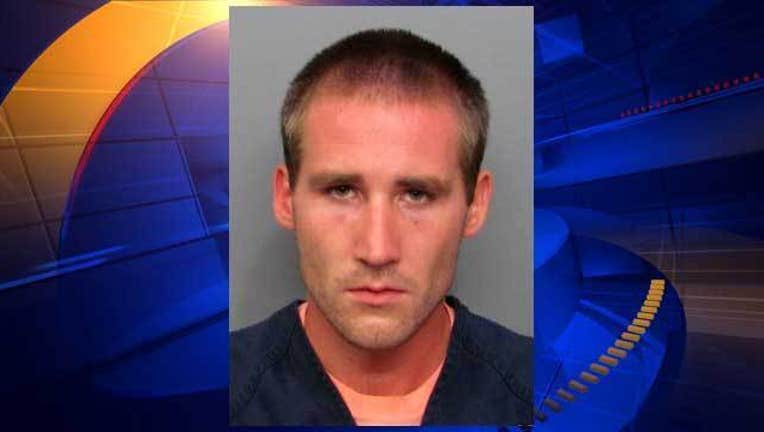 REDDING, Calif. (AP) — A man who vanished while officers searched for his missing infant daughter stole a car at gunpoint and was later killed by deputies Monday during a shootout, authorities said.

Matthew Graham, whose 6-month-old daughter went missing from his Happy Valley home in Shasta County on July 2, was killed in Dunsmuir following a chase after he stole a couple's car, the Siskiyou County Sheriff's Department said.

Michael Prado said Graham, 23, robbed him and his wife of their car Monday morning after sleeping in the yard of their Shasta Lake home overnight.

Authorities traced the car through its navigation system and chased it 48 miles north to Dunsmuir. Police said Graham exited the vehicle, holed up in a nearby garage and was shot and killed after exchange gunfire with authorities.

Authorities say Graham stole a semi-automatic gun from his mother Saturday after hearing that the search for his daughter had turned up a possible lead.

Graham was seen buying cigarettes at a Lake Shasta convenience store on Sunday.

He turned up at Prado's house a few miles away on Monday morning.

Prado went outside to fetch his newspaper about 6:15 a.m. Monday when he noticed the gate to his backyard was open. Checking on his backyard, he noticed that cushions were missing from patio furniture. Moments Graham confront him and his wife.

Prado said it appeared that Graham used the patio furniture cushions as a bed and slept in a side yard.

After Prado retrieved the car keys, Graham made him start the 2007 Buick Lucerne while keeping his wife at gunpoint in the car port.

He then drove off, warning Prado to wait until noon before calling authorities. But moments later Prado called 911.

An hour later, the Siskiyou sheriff reported shooting the driver of the Buick, but his name wasn't released for several hours.